About the image: NASA’s Terra satellite saw Hurricanes Kilo, Ignacio, and Jimena lined up across the Central and Eastern Pacific Ocean on August 29 at 22:25 UTC (6:25 p.m. EDT). This was the first recorded occurrence of three Category 4 hurricanes in the central and eastern Pacific basins at the same time. In addition, it’s also the first time with three major hurricanes (Category 3 or stronger) in those basins simultaneously, according to hurricane specialist Eric Blake of the National Hurricane Center.

I am currently teaching a graduate creative writing course in the English department at the University of Hawaiʻi (UH), Mānoa. Our first class session occurred this past Wednesday, and it rained the entire time—punctuated by lightning and thunder. At one point, sirens sounded from our smartphones warning us of flash floods in the area. During the past few weeks, we have experienced intense heat and humidity, coupled with a series of tropical storms.

Ironically, the course I am teaching is on “eco-poetics,” which refers to poetry that explores the themes and forms of nature, environmentalism, ecology and climate change. Eco-poetry is not new; indeed, poems about land and water are as old as song itself. However, the violent changes in our climate have spawned an increase in the number of poets concerned about the environment, as well as the number of scholars engaged in “eco-criticism” and the “environmental humanities.” Part of our class will be devoted to studying the history, theory, and literature of these poets and movements.

At the same time, the students will write their own eco-poetry that addresses global and local issues, such as industrial and GMO agriculture; oceans, waters and marine life; land, resource extraction and urbanization; pollution, plastic, garbage and toxicity; animals and nonhuman species; climate change and adaptation; extinction and precarity; labor and migration; tourism and militarism; sustainability and climate activism.

Another component of this course is public and community engagement. Beyond studying and writing eco-poetry, we hope to bring our writing to a wider public with the belief that poetry can spur conversations beyond our classroom. Thus, we have teamed up with The Hawaii Independent to curate a weekly column featuring poems and reflections from students in my class. This collaboration is inspired by the “Keep it in the Ground” feature in The Guardian, which presented a series of 20 poems on the theme of climate change (edited by the United Kingdom’s poet laureate, Carol Ann Duffy).

For this week, please read, enjoy, and consider these eco-poetic “word banks” that were created during the stormy, first day. Word banks are often used to create new poems, so if you have time feel free to try writing a poem of your own using the words in one of the banks. Then, post your poem in the comments for extra credit. 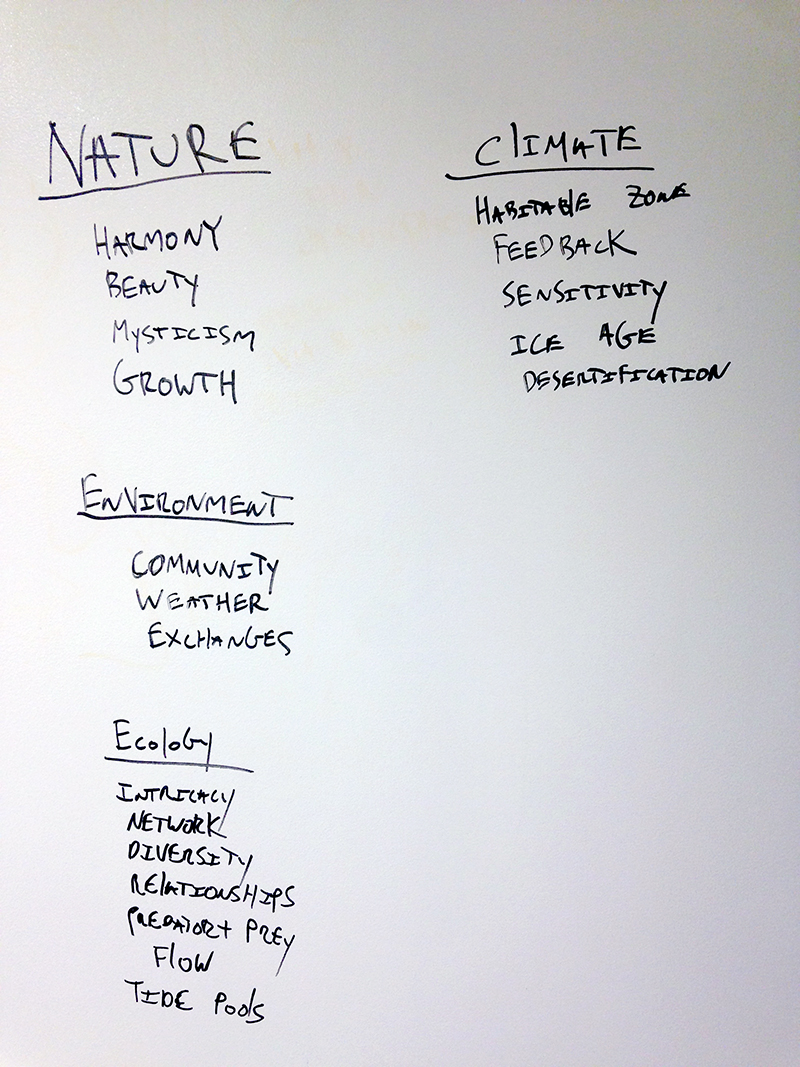 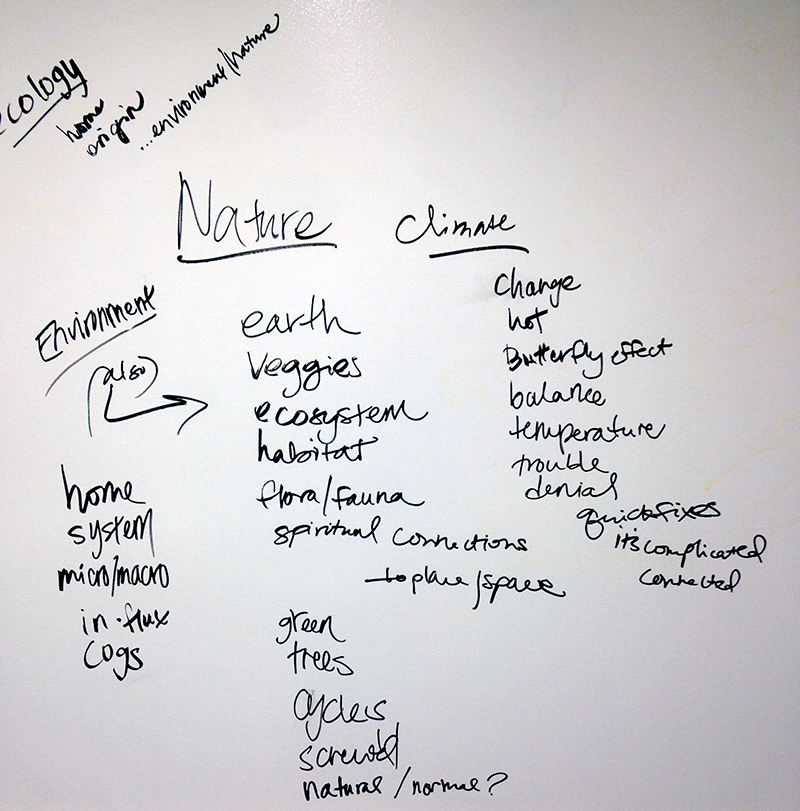 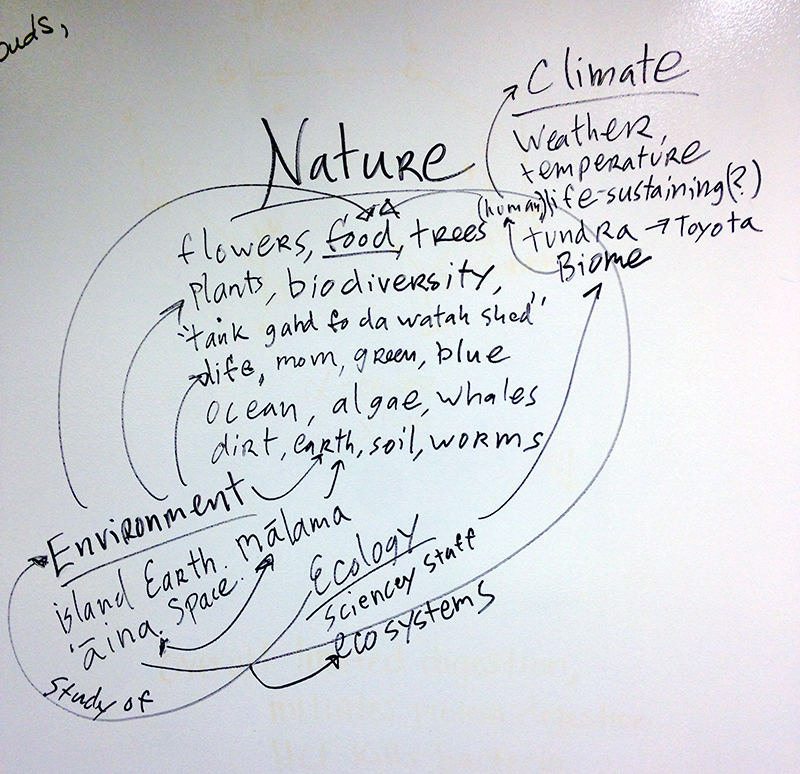 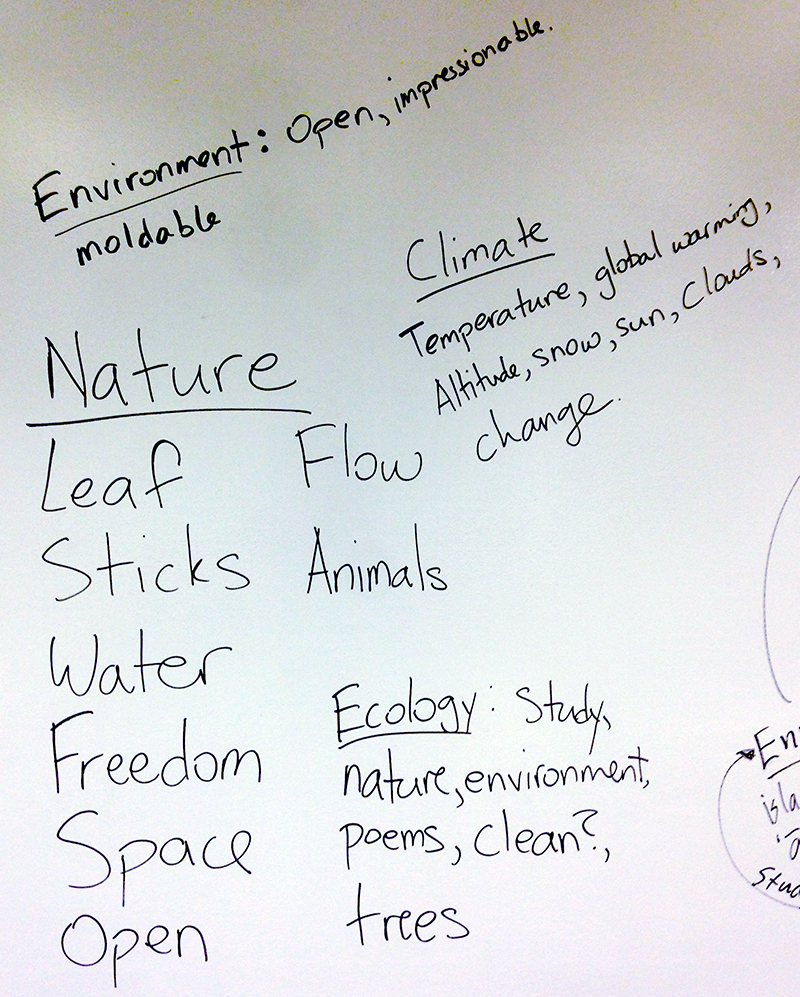 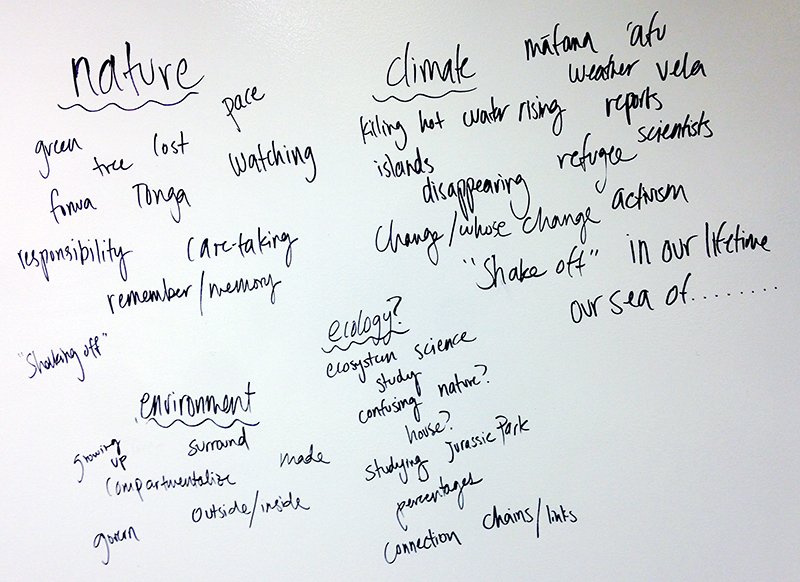 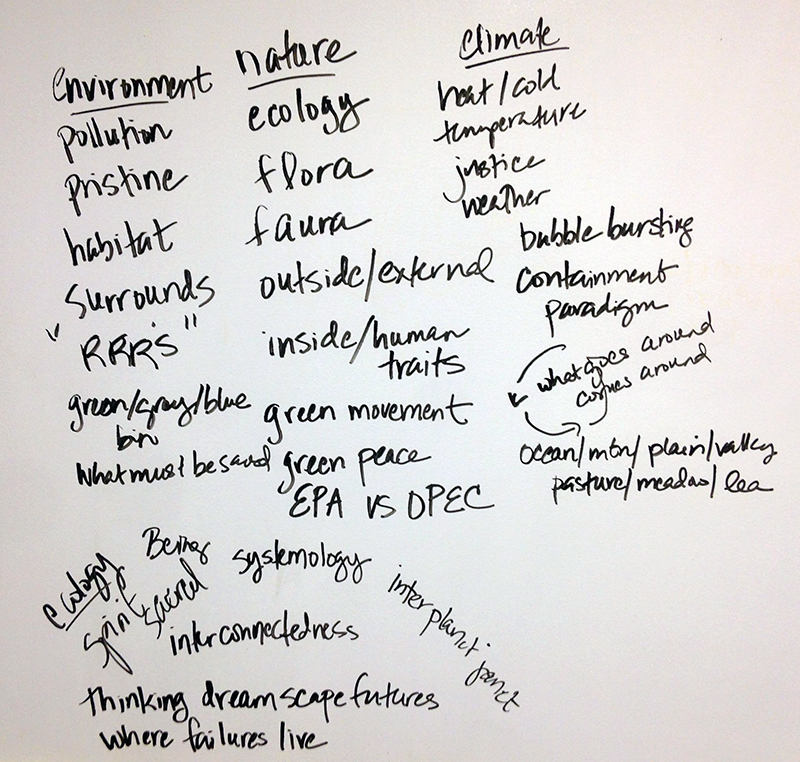 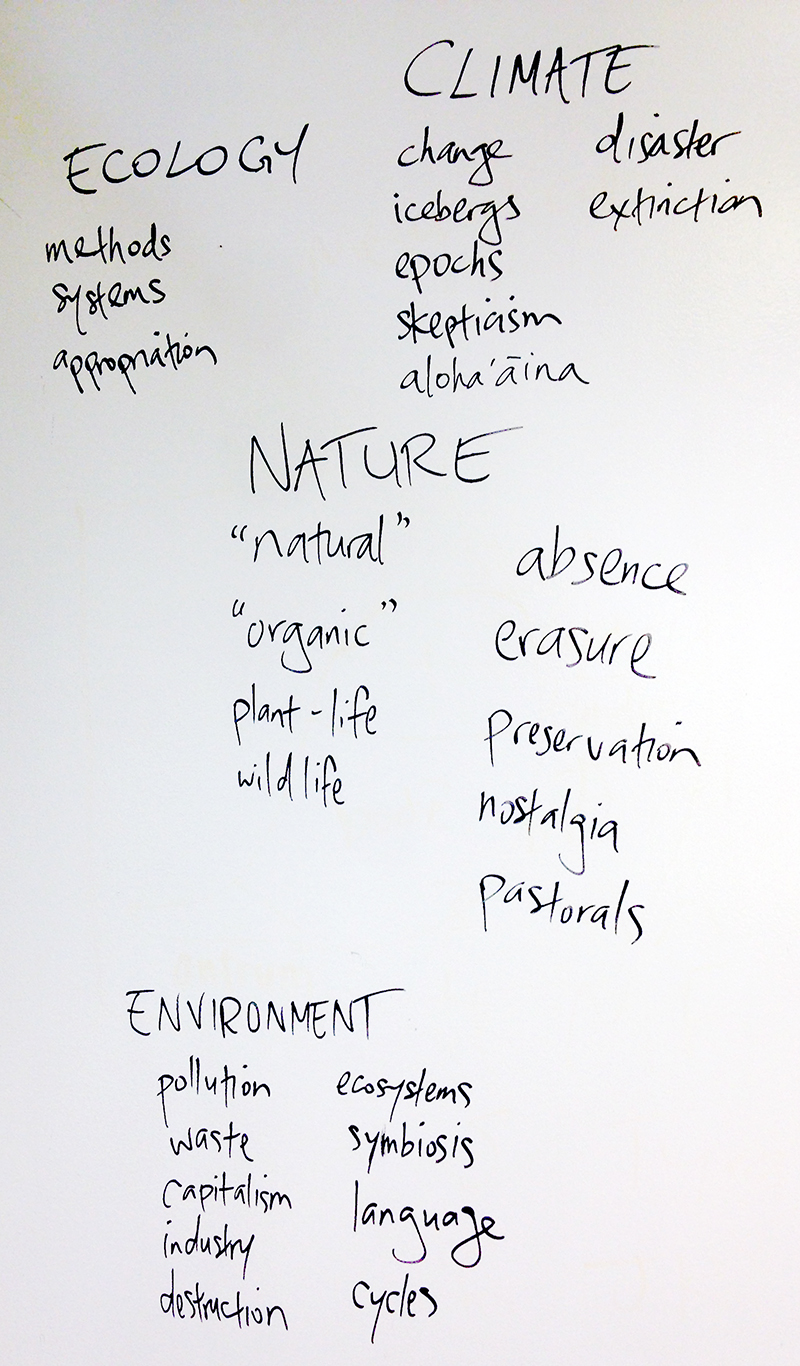