HONOLULU—As Hyatt Regency management played loud music in an attempt to drown out their voices, over a thousand Local 5 members and their supporters waved signs and chanted, “No justice, no peace, no contract, no peace.” Picketers blocked Kalakaua Avenue near Uluniu from 4:00 p.m. to 6:00 p.m. They rallied in front of the hotel late afternoon yesterday in conjunction with members in 15 other cities in North America to protest against higher health insurance premiums, pension freezes, and other proposed cut-backs. Among the thousand, one hundred were arrested for locking hands together in groups and blocking traffic.

Workers were boisterous. One said the hotels’ owners and shareholders are using the economic downturn to cut benefits. 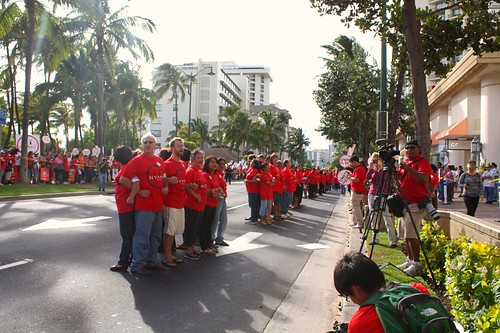 “Our hotel owner’s talk about tough economic times and a recession, but I don’t believe they’re in a recession,” said Violeta Cabuyadao, a housekeeper who has been with the Hyatt for 13 years. “They can’t lie to us, we’re working hard and we see it every day. Waikiki is busy, the Hyatt is busy and still they use the economy as an excuse to hurt us.”

Another said her family depends on her jobs for security.

“This protest and action today is important to me because my job is everything,” said Kaleo Aarona, who has been working in reservations at the Hilton Hawaiian Village for 23 years. “I am a mother of six and my husband just started dialysis and can’t work. I need to be able to take care of my family, keep a roof over their head, and make sure they have medical.”

Several members of the clergy, in a show of solidarity, were among the one hundred who were arrested.

“It’s a matter of economic justice,” said Alan Mark, President of the Faith Action for Community Equity, of which Local 5 is a member.

In total, about 1000 workers and supporters across North America took arrest in these coordinated acts of non-violent civil disobedience. Local 5 staff organizers say this is in response to how the company is trying to make the recession permanent for workers, despite significantly improving industry conditions and Hyatt’s rising share values.

“We are ordinary working people standing up and fighting,” said Cade Watanabe, a community and political organizer with Local 5 who was along among those arrested. “We cannot rely on Wall Street to represent us.” 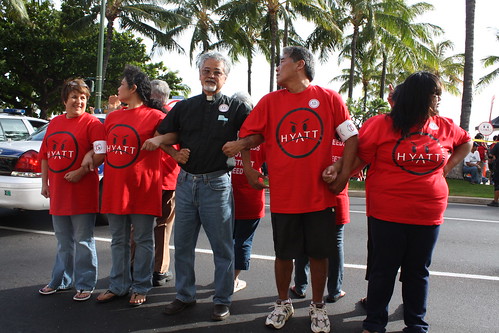 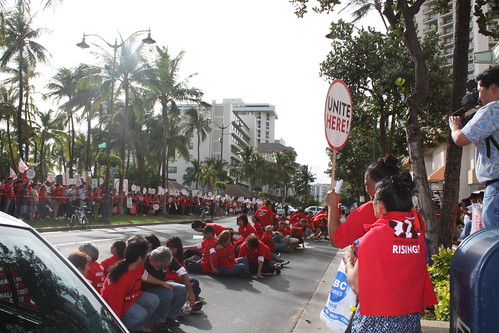 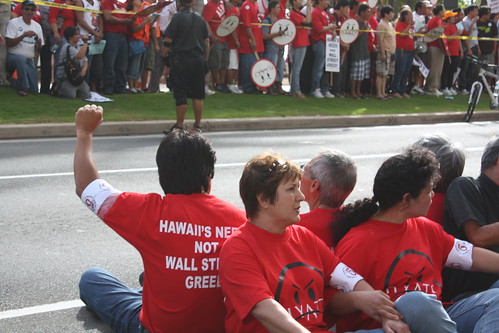 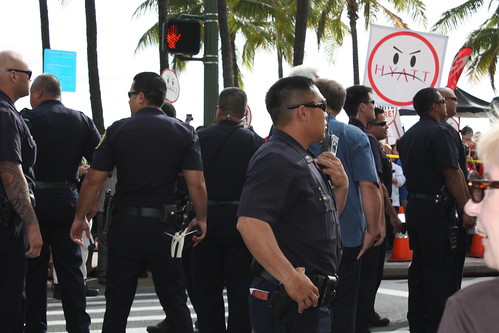 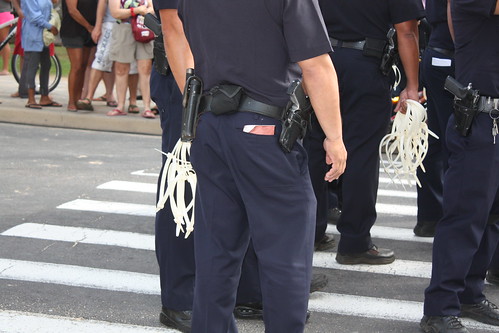 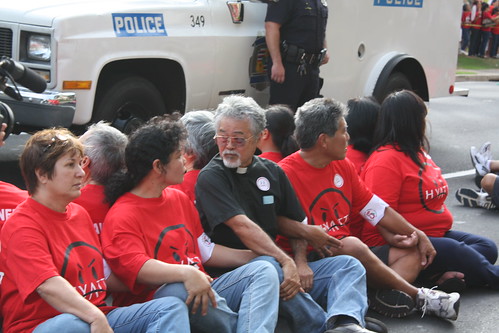 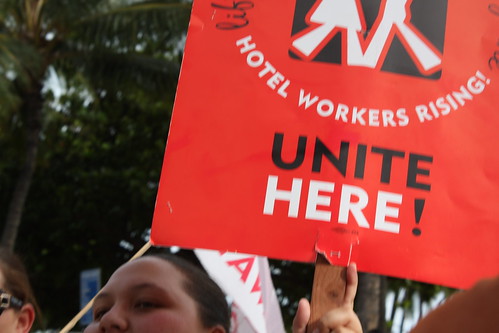 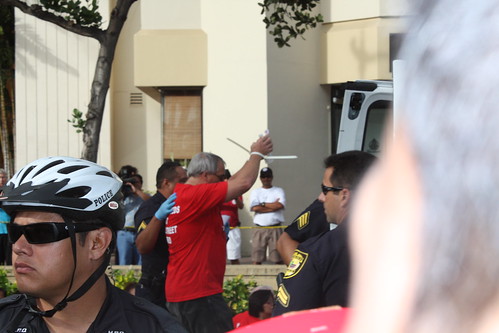 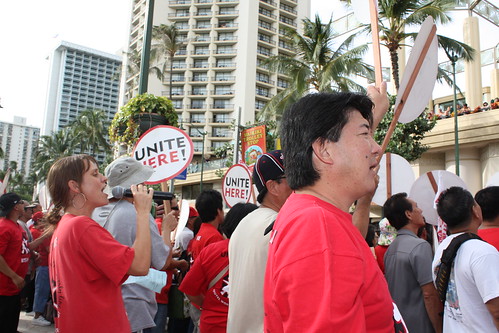 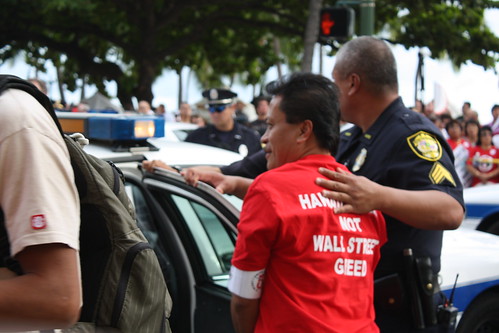 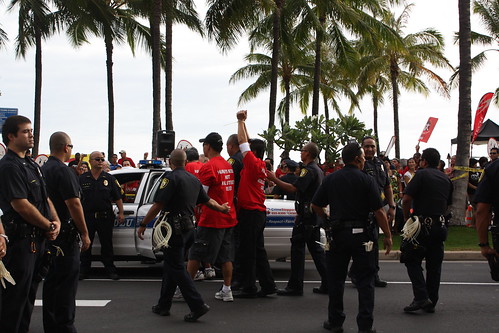 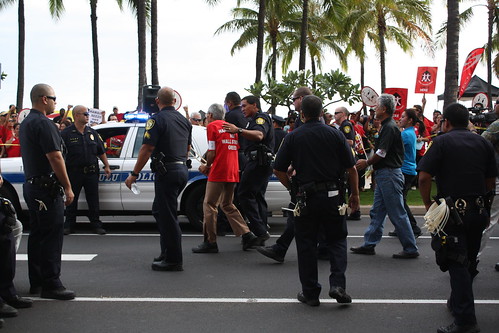 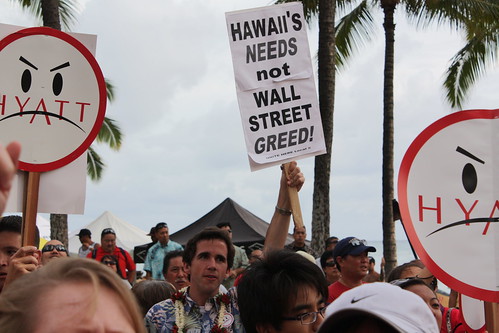 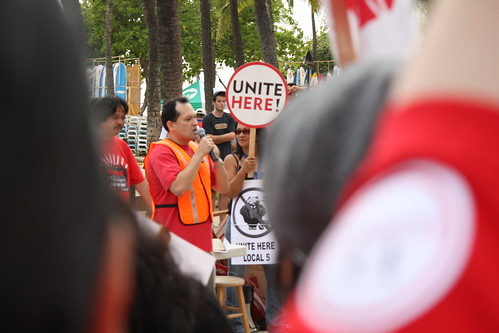