EWA—The site of what may be the most significant ancient Hawaiian burial complex discovered in recent times happens to be situated along a roughly mile-long stretch of shoreline where luxury resort developer Haseko plans to open up its marina to the ocean.

On April 14, Ewa resident Michael Lee testified before the Oahu Island Burial Council (OIBC) that the remains of seven alii, or chiefs, are buried in sinkholes along the Ewa coast, specifically in the areas stretching from east of Oneula Beach Park to past the pending marina, which is located just before Barber’s Point Naval Air Station.

Of the prominent chiefs mentioned, one was the last independent king of both Maui and Oahu who ruled in the late 1700’s before Kamehameha the Great usurped those islands.

In response to Lee’s testimony, the OIBC unanimously voted in favor of urging the State Historic Preservation Division (SHPD) to recognize the entire area as a wahi kapu, or a sacred site, with this particular one serving as both a burial and religious complex.

But since that vote over five months ago, little has been done by the SHPD to pursue further verification and, if warranted, provide protection for the complex. The agency is largely responsible for advocating whether a cultural site should be placed on either or both the State and National Registers of Historic Places.

In an email response, SHPD administrator Pua Aiu stated that the division still needs to clarify with Lee the exact location of the alleged sites before any action is taken. She noted that the tax map key Lee used is outdated, so those sites need to be marked on a current map.

Lee said he has called the SHPD, and staff gave him that very same response. But there was no follow-up. “This is something that could have taken less than thirty minutes to do,” Lee said.

The underlying reason for the agency’s delay, according to Lee, is that it’s sympathetic to the developer, who stands to lose time and money by having to work around these burials. “Haseko brings in $45 million in tax revenue for the State,” Lee said. “You’re not going to bite the hand that feeds you.”

Defending the agency, Aiu replied that the SHPD does not take a position on development: Its role is to assess the effects of projects on known historic sites and find ways to avoid, minimize, or mitigate those effects. In any case, she noted that much of the work, including the dredging of the marina, was approved many years before she took the position.

But Lee retorted that the marina’s impending breach is currently under the SHPD’s purview. And because the agency has not told Haseko to wait until these claims are addressed, he is pressed to take legal action.

“If they [SHPD] do nothing and Haseko begins opening up the marina, or if they deny my claim, I will have to litigate,” Lee said. “They’re supposed to be protecting our cultural sites, and they’re not doing their job.” 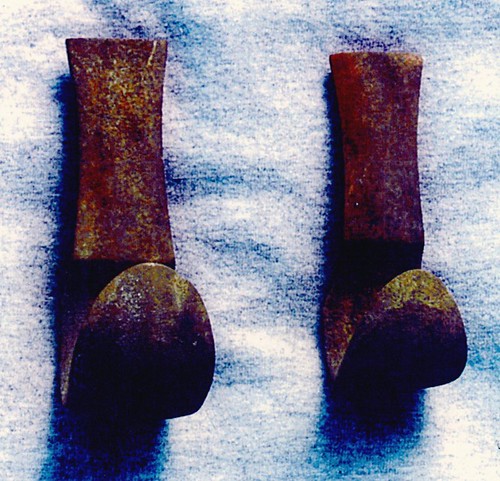 Meanwhile, Haseko disagrees with Lee’s claim, stating it has made “every effort to preserve and protect important cultural sites and archaeological features on its property.” The company notes that more than two decades of archaeological fieldwork and cultural research went into the creation of its plans, and none of the kupuna, archaeologists, or the cultural historian who worked with them found any evidence to support the existence of a burial complex.

The Hoakalei Cultural Foundation, the Haseko-funded non-profit that, according to its website, was established in 2006 to “ensure good stewardship of the land and heritage of the Ewa Plain,” also disagrees with Lee. Like Haseko, they reaffirm the strength of the research completed for the contested area. Some of their remarks are pointed, stating that the foundation “is frustrated that Mr. Lee demonstrates little respect for the moolelo of our kupuna and ohana, who have been raised and lived for generations in the Puuloa-Honouliuli ahupuaa.” The kupuna of note are “Aunties” Arline Eaton and Mary Serrao, women with longstanding roots in the Ewa area who happen to be the president and vice-president of the foundation’s board, respectively.

Furthermore, Alicia Maluafiti, the foundation’s treasurer, testified at a recent Board of Natural Resources (BLNR) meeting that Lee verified the locations of the bones “through his visions.”

In response, Lee said that he provided a mountain of western documentation as evidence to the OIBC in April, including citations from the works of Samuel Kamakau, Abraham Fornander, and King Kalakaua. He also brought marriage certificates, wills, and deeds to support his claim as a lineal descendant from these alii, which the OIBC also voted to approve in executive session.

And Lee vehemently defends his methods as a cultural practitioner.

“It’s ironic that Hoakalei claims to be representing Hawaiian culture when they’re not aware of what a hihio is, which is a vision or a dream,” Lee said before suggesting they should read Mary Kawena Pukui’s famed works on Hawaiian cosmology. “They need to go back to Nana I Ke Kumu one, two, and three.”

Lee also noted that, during a visit where he and Office of Hawaiian Affairs (OHA) staff marked the exact locations of the sites with a Global Positioning System (GPS), others there that day agreed with his claims. Among them were Darren Panoke, whose great grandmother revealed to him in the 1960’s the locations of sacred sites, and a Hawaiian National, whose names escape Lee, who had a map that was etched out during the time of the kingdom.

But above all else, Lee says that an inadvertent discovery made in 2001 challenges his opponents’ legitimacy. It was then, after a raging storm, that a “homeless” man found a skull jutting out from a sinkhole in front of the planned marina. The iwi, or bones, were undoubtedly those belonging to a high-ranking chiefess because she was holding a niho palaoa, or royal whalebone hook, in each hand. Previously, Haseko had stated that many sinkholes were tested but no burials were found.

Also, The Hawaii Independent discovered that human remains were found in 1994 on the James Campbell Estate near Kapolei. A piece of heavy machinery fell into a sinkhole, exposing bones and a plank from a traditional canoe.

Ironically, Vicki Gaynor, at one time a vice president for Haseko, used the company’s supposed due diligence in checking for burials to refute concerned members of the community—among them the Reverend Kaleo Patterson, who had noted that bones were once found at the Naval Air Station nearby.

In an April 3, 1998 letter to various groups, Gaynor went so far as to state that Patterson’s “lack of knowledge” regarding this issue is an example of “how some of the statements made about our project sound logical on the surface, but don’t hold up when all the facts are shown.”

Patterson’s spat with Haseko is indicative of the charged climate of 1998, when the firm was to begin dredging the land for the future 120-acre marina. The reverend, along with other prominent members of the community, challenged a company-hired archaeologist’s designation of the majority of recorded sites as temporary habitations.

“He [Rosendahl] really minimized the number of important sites,” said photographer and educator Jan Becket. “He claimed there were no ahu [shrines] in existence, even though areas were littered with these large upright stones.”

According to Becket, there were over 400 sites, and Haseko preserved a total of six, which are “conveniently located in the corner out of the marina’s way.” 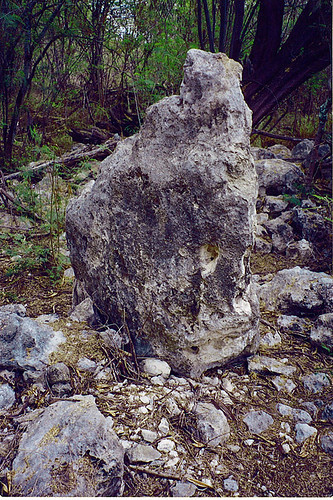 Hinaleimoana Kalu, the vice president of the OIBC, believes that it’s not just private business. The State tacitly encourages development over preserving cultural and religious sites, she said. Kalu was not present to vote on the burials in April.

“The timeliness of where they [SHPD] are with this issue is indicative,” Kalu said. “It’s not a coincidence that the State allots so few staff to juggle all these responsibilities.”

One way or another, Lee said he’s going to force the SHPD to do its job of verifying his claim and protecting those sites. Haseko and the Hoakalei Foundation have accused him of being uncooperative by not sharing with them the exact locations of the burials. But Lee said he doesn’t trust SHPD or Haseko archaeologists with researching his claims at this point—he prefers that OHA fund an independent team to do the work.

To make a point, Lee recalls that at a community stakeholders event in July, he publicly announced the general stretch of coastline that contained the sites. “Not two weeks later,” Lee said, “they were drilling and digging around the area. Not two weeks later.”

As Lee continues his fight to recognize and protect these alleged sites, he’s also filed a contested case with the Board of Land and Natural Resources (BLNR) over Haseko’s plan to reduce the size of its marina from 70 to 53 acres. He believes that another Environmental Impact Statement [EIS] should be completed to ensure, firstly, that a smaller marina’s waters will not become anoxic, or deprived of oxygen, and therefore pose a threat to nearby marine life.

Defending its commitment to water quality in and around the marina, Haseko claims that numerous supplemental studies have been done to consider the effects of a reduction in size. Results show that there would be no adverse effect on water in the area.

Another stipulation of the EIS, according to Lee, would be testing to determine whether or not the company, during its dredging, broke into an underwater channel that flows into the ocean. He says a U.S. Geological Survey map from 1927 to 1930 clearly points out the waterhole, which happens to be in the location of the marina. Lee asserts that this is the real reason why Haseko wants to shrink the marina and transform that particular area into untouchable conservation land–in order to cover up the channel breach.

“They didn’t do their homework,” Lee said.

Haseko did not respond to the allegation.