Kamilo Nui Valley in Hawaii Kai is once again a topic of discussion as a major property owner in the valley, Hawaii Kai Memorial Park, LLC, has resumed dumping asphalt at the site of a proposed cemetery at 7488 Hawaii Kai Drive.

According to Hawaii Kai resident Natalie Iwasa, “tons of asphalt from the road reconstruction project on Kapaia Street next to the Hawaii Kai fire station are going into the valley on the site of the proposed cemetery. Truckload after truckload after truckload … Over the years I’ve done some research on the valley. I’ve read parts of the geotechnical study the prior cemetery owners had to obtain. I’ve seen how the land has been transformed, and not in a good way.”

In January of 2012, the city issued a notice of violation to Royal Contracting Company, which has a stake in the land, after the company began building an unpaved road in the area without a permit. The company was told to immediately stop all work or face fines of $50 per day. The company does have a permit for stockpiling asphalt, however. Two months later, flash floods washed out much of the stockpiled asphalt onto a neighboring flower farm. Residents are concerned that the current round of asphalt stockpiling could lead to a repeat. 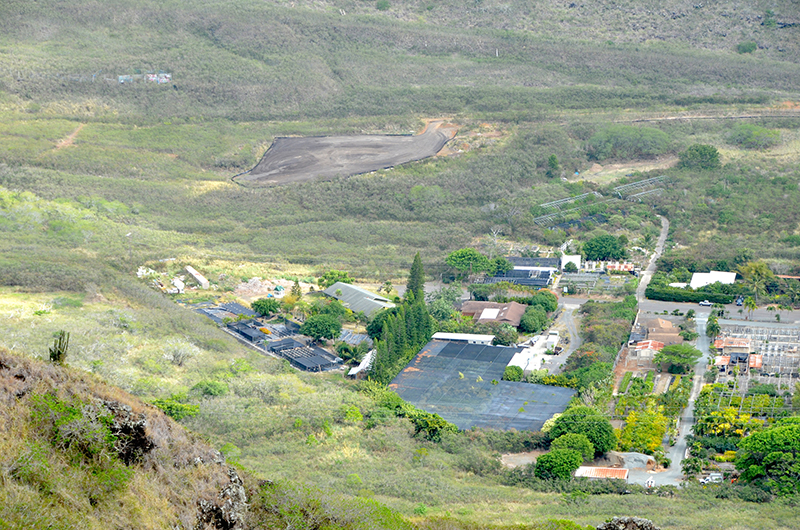 Above: A 2012 photo taken of the area in which the proposed cemetery is to be built shows a triangular stockpile of asphalt.

The geotechnical study Iwasa references advises the bringing in of “soil,” the removing of concrete and the building of retaining walls as part of the conditions for approval of the cemetery, among other things.

“In my opinion, asphalt does not qualify as soil and the spirit, if not the intent of the conditions the City Council put on the property, has not been met,” said Iwasa. “In addition, there is a lot of construction debris under the asphalt. Some of the farmers have noted that the water does not flow in the same patterns it did in the past, and runoff after heavy rains brings a bunch of debris down with it. This isn’t how we should be managing one of our most important resources. It’s not pono.”

In August, 2014, the Hawaii Kai Neighborhood Board unanimously supported a motion that: “(1) stockpiling should cease and no new permits should be granted for Hawaii Kai Memorial Park, LLC in Kamilo Nui Valley until after a cemetery plan is provided within three months by the current landowner to the Department of Planning and Permitting (DPP); and, (2) the plan should be presented at a meeting of the Hawaii Kai Neighborhood Board.” 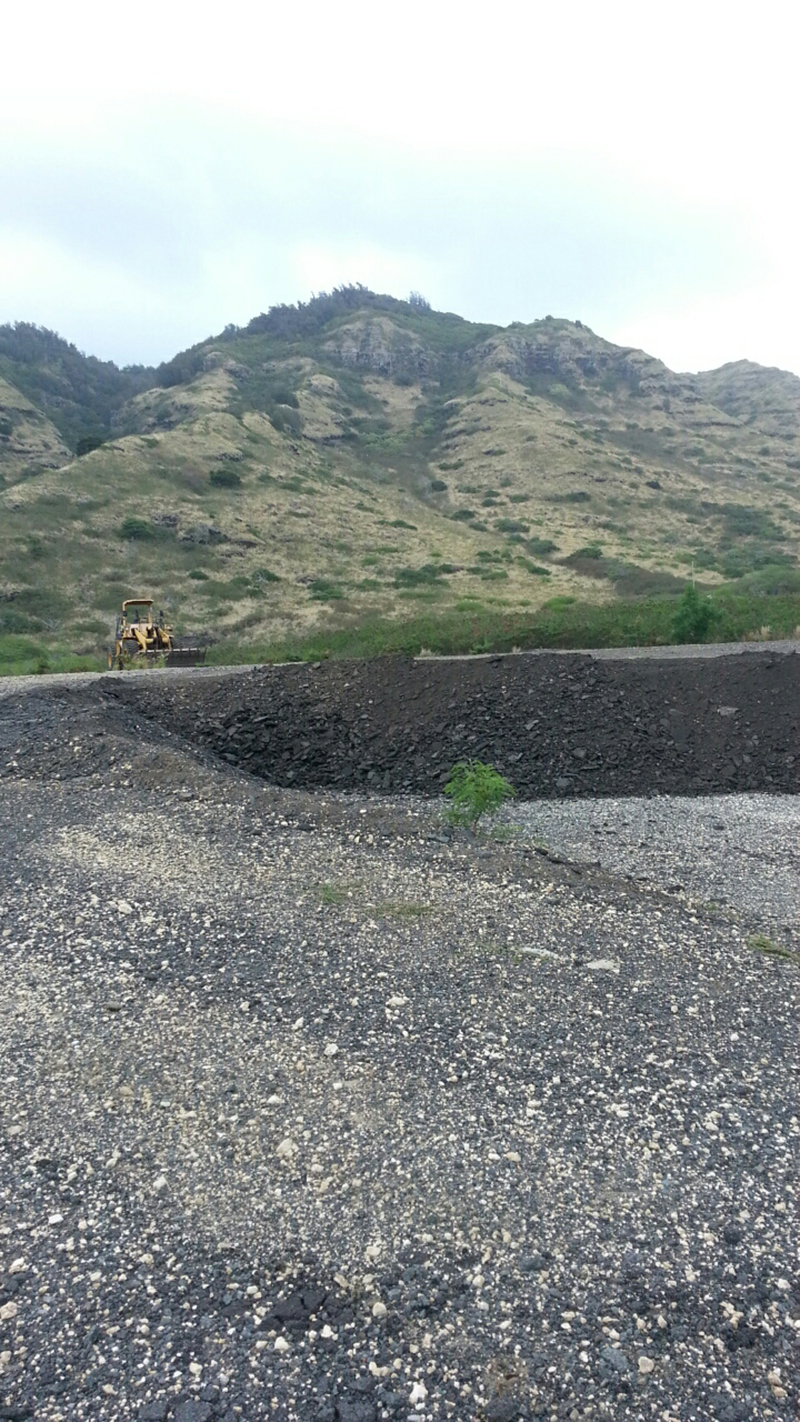 In September, 2014, KITV 4’s Catherine Cruz broke a story that the property owners had filed for a state cemetery license and were moving forward with their plans. In response to this story, Art Challacombe, Deputy Director of the DPP, informed Iwasa via email that:

As DPP stated in its report to the City Council, no new stockpiling permits or grading permits will be issued until the owners provide DPP with positive assurance that the cemetery will be built. Obtaining the license from DCCA [Department of Commerce and Consumer Affairs] will be a positive step in that direction, but DPP will also require a master plan overlay to be submitted as part of any future stockpiling or grading application.


An email was sent to both Challacombe and DPP Director George Atta asking about the status of any permits. The department has yet to respond, however three current permits (issued in December and then just last week) are posted here under the “other permits” tab.

The December permits are for stockpiling, while the one issued May 12 is for road clearing to the site. 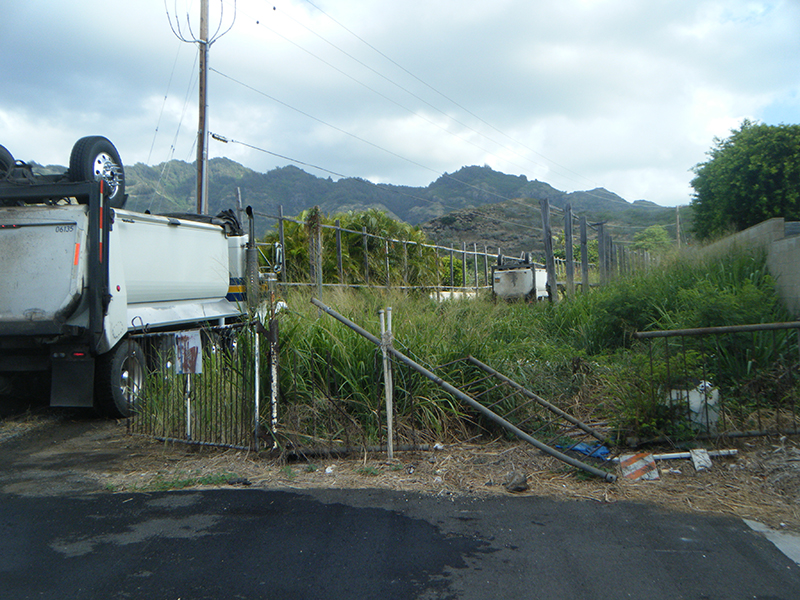 Iwasa has asked Greg Knudsen, chair of the Hawaii Kai Neighborhood Board, to put this issue on the agenda for the board’s next meeting, scheduled for May 26. 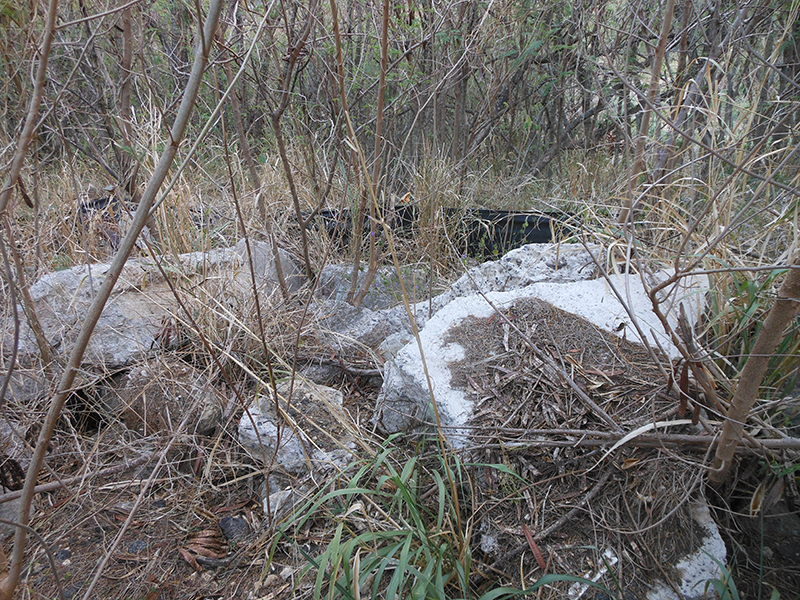 Above: The cement shown here was taken earlier this week, but had been dumped a while ago, according to residents.

“My heart is sick,” Iwasa told the Independent. “When I saw the trucks heading into the valley, my heart just sank. I’ve lived in Hawaii Kai for about 25 years. I’ve always enjoyed the valley, but it became more important to me after my boys were born. My boys and I saw all kinds of neat things back there like tadpoles, wild pigs and even a rare owl. It was a respite from the hustle and bustle of city life and was our little bit of country.”

Hawaii Kai Memorial Park, LLC, has no website or contact information posted online, and Royal Contracting Company had not returned a request for comment by publication.

All photos submitted by residents of Kamilo Nui Valley

Collections
Land and Water Use