HONOLULU—Cultural sites that were supposed to have been protected from military vehicles and training exercises may have been put in jeopardy due to an oversight by The Office of Hawaiian Affairs (OHA) lasting nearly a year.

At a special meeting with concerned community members last Thursday, OHA admitted to “dropping the ball” by not taking action on a damning report the agency received last year that criticized the Army’s efforts at preserving cultural sites while training and constructing the Stryker Brigade Combat Teams (SBCT).

OHA received the report in September 2009, and it suggests that parts of the National Historic Preservation Act (NHPA) were disregarded. Trustees and staff discussed the item at a committee meeting in November. According to the minutes, Clyde Namuo, CEO, said staff was to draft a letter to the Army requesting the protection of sites mentioned in the document. It was revealed last week that no such action had been taken since that committee meeting last year.

“A lot happened,” said Kai Markell, OHA’s Compliance Monitoring Manager, who noted some structural changes within the organization kept some employees in limbo. “Some of us didn’t know if we were going to be here, and we lost a few people related to the project.”

The report, written by independently contracted archaeologist Christopher Monahan, comments on the Army’s numerous shortcomings in its attempts at documenting cultural sites, which, if included on the National Register of Historic Places, offers them various protections from being disturbed.

The report was the end result of a lawsuit OHA filed against the Army in November 2006 alleging violations against the NHPA and the Native American Graves Protection and Repatriation Act (NAGPRA). Cultural monitors claimed that numerous sites were being mistreated or were endangered, including Haleauau heiau near Schofield Barracks, whose protective buffers were razed by bulldozers in July of that year.

In October 2008, a settlement was reached where OHA would drop its lawsuit based on its then knowledge of the existing surveys and reports. In return, the Army allowed the independently contracted archaeologist, Monahan, as well as OHA staff, access to Stryker Brigade sites for a total of 50 days in order to draw up an objective second opinion. OHA had the option then to proceed with mediation or litigation based on the new findings.

OHA initially gave the report to Terri Kekoolani, program coordinator for the American Friends Service Committee (AFSC) Hawaii, a few weeks ago at her request.

Monahan is critical of the methods used in the previous surveys conducted by the military and its hired firms, recognizing there are issues with the competency of the field personnel involved. It also notes a general lack of subsurface testing, or excavating, to locate such sites. Instead, there are “mere guesses ... and based on relatively little scientific data.”

At some locations, Monahan’s findings more than doubled the number of known features the Army had previously reported.

There is also concern regarding numerous earlier reports—ones that evaluated surveys taken of impacted areas—that were not made available to him because they were in draft form. Most problematic was a major report on the Kahuku Training Area, which was completed six years ago but is still not available.

Many of those in attendance recommended that, due to the Army’s violations of NHPA as cited in the report, an injunction should be filed by OHA to halt construction and training activities, until these issues are resolved. Markell said he would consult with upper management and the legal team on the options.

“We will refocus our efforts,” Markell said. 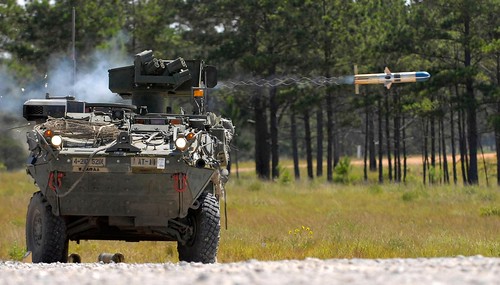