HONOLULU—With the race for Speaker officially over and House business already piling up, Speaker Calvin Say announced the House leadership team and the Committee chairmanships for the 26th Legislature. Most fared well.

On Opening Day of the Legislative Session this Wednesday, House members called for reconciliation between the 18 dissident House Democrats who had supported Rep. Roy Takumi’s bid for Speaker and those who had been in support of Say.

The Speaker had previously said he would quell tensions by fairly assigning leadership and chairmanships.

In the assignments for the 26th Legislature, overall, House dissidents who previously were a chair or vice chair either retained chairmanships they had held in the previous Legislature, were assigned a different chairmanship, or were given chairmanship for the first time.

The exception is Rep. Mele Carroll, who had been the chair of the Committee on Hawaiian Affairs in the 25th Legislature, during the heated debate over the sale of Hawaii’s “ceded lands.” Carroll does not have a chairmanship in the 26th Legislature.

In January, House Republicans committed their eight votes to keep Say as Speaker—ending a numbers stalemate between Say’s supporters and dissident Democrats.

The State House Minority Leader, Rep. Gene Ward, said in a statement earlier this month that Say’s return as Speaker “was the best choice to ensure the State’s long-term fiscal condition improves.”

House Republicans offered their votes based on Say’s commitment to not raise the General Excise Tax. No Republicans were given chair or vice chair positions in the 26th Legislature.

Are tensions between dissident Democrats and House leadership finally quelled? Not likely. But with a new governor a and a budget crisis on top of everything else facing ‘the ledge’ this session, the people of Hawaii will be looking to lawmakers to put politics aside and take care of business. This session, The Hawaii Independent will be following the trials and tribulations at the State Capitol more than ever and reporting back.

What legislation is key for you this session? Please let us know at [email protected]

Here’s what happened to the 18 dissident House Democrats:

Rep. Mele Carroll lost her position as chair of the Committee on Hawaiian Affairs and is now one of five Majority Whips.

Rep. Denny Coffman retained his position as vice chair of the Committee on Energy and Environmental Protection.

Rep. Gilbert Keith-Agaran is the new chair of the Committee on Judiciary. The position was previously held by former-Rep. Jon Riki Karamatsu, who ran unsuccessfully for lieutenant governor. Agaran joined the House in 2009.

Rep. Chris Lee is the new vice chair of the Committee on Hawaiian Affairs. The position was previously held by Sen. Maile Shimabukuro who was recently appointed to the Senate. Lee has not previously been a committee chair or vice chair.

Freshman Rep. Dee Morikawa is the new vice chair of the Committee on Health.

Rep. Hermina Morita returns as chair of the Committee on Energy and Environmental Protection.

Rep. Mark Nakashima returns as vice chair of the Committee on Higher Education.

Sen. Maile Shimabukuro, a dissident while in the House, was recently appointed to serve in the Senate. Shimabukuro was the previous vice chair on Hawaiian Affairs.

Rep. Roy Takumi was Say’s primary opponent for the seat of House Speaker, the choice for leadership by dissident Democrats. Takumi retained his position as chair of the Committee on Education.

Rep. Jessica Wooley is chair of the newly created Committee on Culture and the Arts. Wooley did not hold a leadership position or chair or vice chair position in the 25th Legislature. 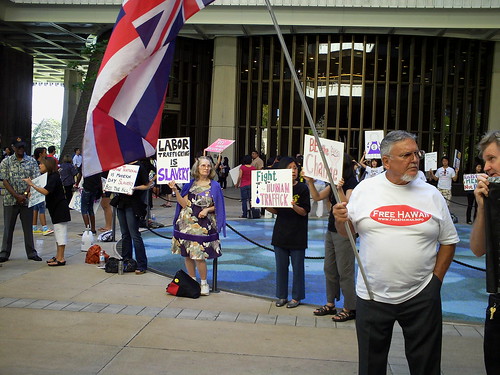