The following video of the O’ahu Island Burial Council’s July 13 meeting and letter relates to proceedings over the ancient Hawaiian burial complex discovered in the areas stretching from east of One’ula Beach Park, which is located just before Barber’s Point Naval Air Station.

What [Yvonne] Izu is dreading in the Oneula contested case hearing is this.

Haseko Ewa Inc. is liable for the wanton destruction of our Hawaiian cultural practice of our gathering limu and near shore fishing due to the blocking off the freshwater water source of the twin Waipouli karst system. Ewa is historically known as the House of limu and was known in Kuali’i's chant at Kanehili Ewa to pick lipoa limu and other limu.

Limu gathering is a highly valued subsistence food and traditional medicinal healing source. A natural fresh water source from the mountains to the Honouliuli underground aquifer that runs underground in the Waipouli system, which brings nitrates that expand and increase the abundance of endemic Hawaiian algae or limu, has been sealed off by Haseko Ewa Inc. The abundant seasonal blooming of limu attracts shrimp, which attract small fish, which attract larger schools of fish. We have seen a large decline in this traditionally rich area.

Waipouli is the protective shield of this important source of increasing abundance of sea life invertebrate to vertebrate fish sources due to a rich algae blooms no more.

This is a death sentence to our traditional Hawaiian gathering rights and practices that are well documented in book Sites of Oahu and newspaper articles and books.

Haseko is obligated to make reparations to this Hawaiian cultural practitioner who’s family (Kuali’i) have been gathering in Ewa in documentation for limu 550 years. That is why my bio for the native Hawaiian practitioner, the Kuali’i chant and my royal Hawaiian genealogy is vital for standing and proof that I have suffered a loss under Article 12, section 7 of the Hawai’i State Constitution.

This continues with the Waipouli karst aqueduct as a Royal Kapu Heiau for Ali’i Aimoku iwi are burial places for the highest ali’i of O’ahu, which are my family. Kamehameha I’s wife Kaomileika’ahumanu as the true biological mother of Kamehameha III is proof that in the shrinkage of the Ewa Marina, a cover up of significant royal iwi has taken place as well as an ongoing destruction plan of Hawaii’s history and the most sacred site in all of Oahu found at the opening of the purposed Ewa Marina entrance channel.

As my genealogical record shows, I, as Kahu of my royal families burial grounds, it is my Hawai’i State constitutional right under article 12 section 7 to protect our family’s treasure our iwi kupuna, which Queen Mikahela Kekauonohi my fourth great aunt did in Waipouli karst with her husband the last prince of Kauai in the 1840s.

Haseko Ewa Inc. has never denied my Akaku (vision) that they broke into my royal family burial site and removed a valuable ki’i of Pele and other funerary objects in their documents. And to this date they have not returned them to me and my family to be sealed back where they belong.

This cover-up must stop and the truth exposed in this contested case hearing on July 26 and 27 at 10:00 a.m. in Room 132 of the Kalanimoku Building, the BLNR board room on the first floor. 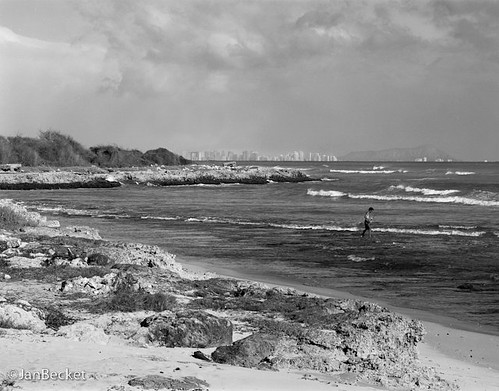 The House of Limu: Clinging on to the past