The Hooser Analysis
with Gary Hooser

And so we begin the next round in the transition to a new day in Hawaii.

The governor has named his cabinet. Next will come “advice and consent,” a process through which the nominees’ qualifications are examined by the Senate. A designated committee will hold a hearing, review testimony and make a recommendation to the full Senate. The Senate will then review the committee recommendation and either accept or reject the nominee based upon the will and desire of a majority of its members.

Such is the nature and balance of power between the executive and legislative branch.

We have new leadership in the Senate, a new governor and all new cabinet nominees. Each is brand-new in their position and none have the benefit of prior experience in the roles they are assuming.

Those who follow Hawaii politics and the inner workings of the Legislature know that the vast majority of appointees breeze through the advice and consent process with hardly a murmur of dissent. However, there are always some that seem destined to become mired in the muck and mud of public controversy.

The vast majority of appointees breeze through the advice and consent process with hardly a murmur of dissent.

While the presumption is that the new Democratic administration may enjoy somewhat of a honeymoon during the first days of the upcoming legislative session, this of course cannot be taken for granted.

You can be sure the Senate will not take its responsibility lightly.

You can also be sure that for some appointees, stuff will soon begin to “bubble up.” One senator known for being willing (some would say eager) to confront and deny appointees considered unsuitable for the job, is fond of saying: “Sometimes stuff just starts to bubble up. And once it starts, then you know that there’s something there and that stuff is just going to keep bubbling up.”

Typically, the stuff that “bubbles up” during the confirmation process, gets pushed up and dropped off by people who have an interest in insuring the nominee is not confirmed. Sometimes that interest is a legitimate and fair policy concern espoused by those who believe that the appointee’s future decisions will run contrary to their own. Other times, the interest is personal and political—the opposition based on incidents, actual or imagined, that alienated key power players in the community.

While most in the Senate loath to vote down on nominees in general, there are some who will do so with little provocation.

In any case, once stuff starts “bubbling up,” there is no telling what the outcome will be.

As if escaping from a tiny crack deep on the ocean floor, the first of the bubbles may be small, intermittent, and inconsequential. They come first in the form of phone calls expressing concern, then email, and then formal testimony if it goes that far. And yes, you can actually hear those bubbles as they rise and increase in intensity.

Anyone at the Capitol listening closely, whether in the Senate offices on the second floor or in the executive chambers on the fifth, those who are paying attention will know immediately that something’s going on.

Of course the administration knows of the potential for the “advice and consent” process to go awry. Consequently, they prepare and coach appointees to successfully navigate the process. If properly vetted in advance, the potential for controversy and an awkward rejection is greatly minimized.

Preceding the actual committee hearings, the appointee will have already met, or at least attempted to meet, with every member of the Senate, answering their questions and building rapport. A concerted effort will be made to insure there is sufficient broad-based testimony in support. At the hearing itself, the room will be packed with supporters and the appointee will respond to the Senators questions with poise and confidence. The smart ones will do so also with deference and respect for those sitting across the table, holding the power of advice and consent.

Historically, the vast majority of gubernatorial appointments are confirmed rather painlessly. So far, all of the Abercrombie administrations cabinet level appointees seem to be persons of exceptional qualifications and high caliber, and have been well received by the public and media. With a new Democratic administration and new leadership in the Democratic Senate, and both sides espousing a theme of working together, it seems highly unlikely that any of the cabinet level appointees would not be approved.

Unless of course, stuff starts bubbling up.

Gary Hooser is the former State Senate Majority Leader and has represented Kauai and Niihau since 2002. Hooser recently ran for the office of Lieutenant Governor in Hawaii’s 2010 Democratic Party primary election.

More from “The Hooser Analysis” 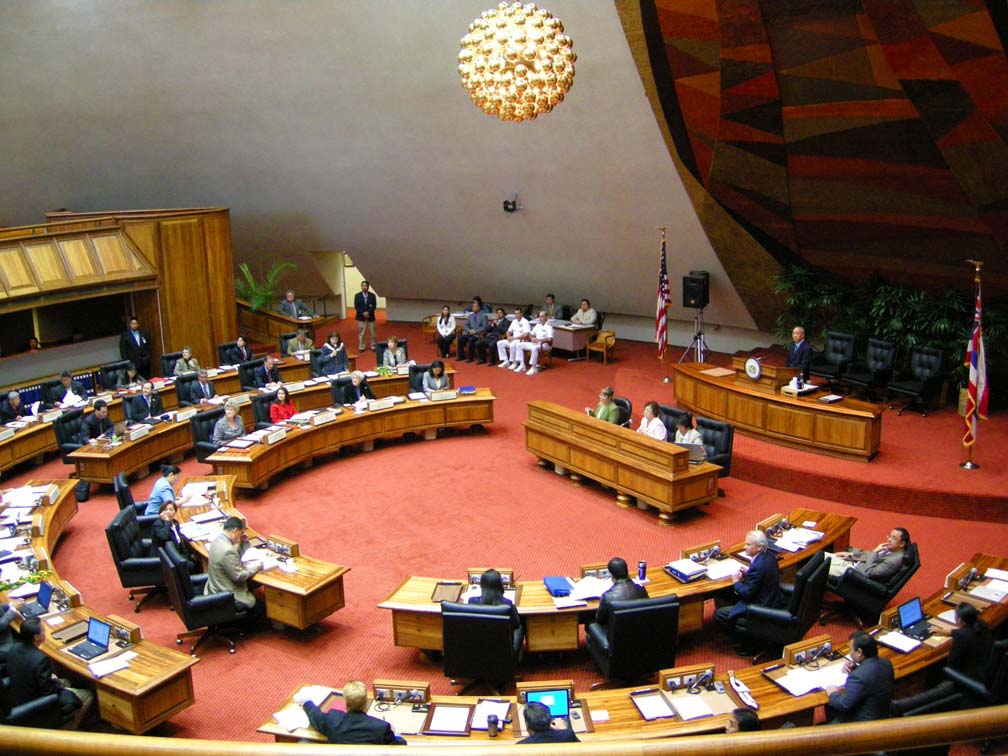 Comment: On the meaning of leverage and other important lessons of the ‘Ledge’

Do ask, do tell: The time for hushed tones and timid support is past

Comment: As the tide resides, a tsunami of change is ready to run through Hawaii government

Comment: On Duke Aiona, the far right, and the First Congressional District