Taking over for the Choy family, who, after 30 years in the business hung up their aprons for good in June 2010, the Vertical Junkies—a hui of guys who run the eponymous event promotions company and who also own V Lounge Pizza—reopened the local haunt in May after an extensive renovation. Lauhala matting now crisscross along the ceiling. The interior has been opened up and the seaboard windows reveal a clear shot of the turquoise bay. 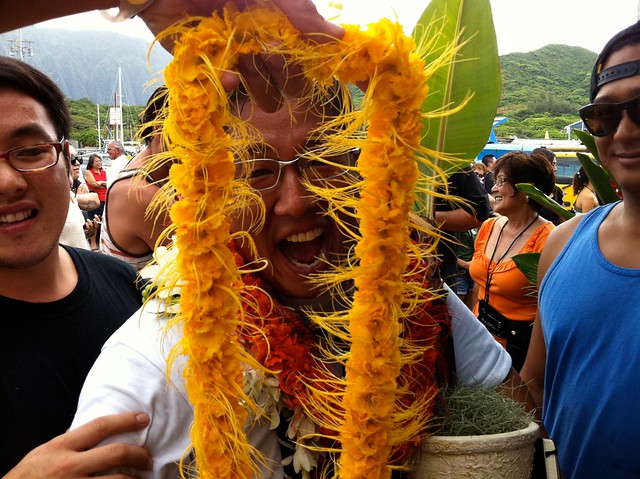 And then there’s the other big change: under the helm of food maestro Mark Noguchi (formerly of Town and before that at Chef Mavro), the store’s island-style comfort food is taking a sustainable turn.

For the blue collar traditionalists out there, don’t think they’ve veered away from their cheeseburgers and loco mocos. Not to worry—while trying to keep prices reasonable, Noguchi and company are now using more local and quality ingredients.

All their beef is derived from cattle that munch on the pastures of Kuahiwi Ranch in Kau on Hawaii Island (a grassy diet makes for both healthier cows and meat).

Their blushing tomatoes are picked from WOW Farms in Waimea.

The catch of the day comes fresh off the reels of old time fishermen who launch their boats from the pier, luau leaves come from the Wongs, and the nearby Reppun family provides the kalo, which, by the way, substitutes for potatoes in all the dishes that call for it. Yep, it’s kalo mac salad now (not a bad switch, if you ask me.)

“We should use what we have available here,” says Noguchi, who credits his hula student days with Halau o Kekuhi for instilling in him a respect for what the islands can provide. ”When we’d gather plants,” he says, “we would become aware of our resources. That philosophy transferred over into my cooking.”

It’s unusual for someone of Noguchi’s culinary pedigree to be working at what could be called a seaside drive-in, but he’s a different kind of chef. He comes off as more of an affable and lively backyard griller than say, a Gordon Ramsey.

But that doesn’t mean he treats food here any less spectacularly—it’s not often that you hear the words “red wine reduction” and “beef stew” used in the same sentence, much less in the same recipe.

Along with his fellow chef, Ricky Goings, who, besides being lauded a master on the wok, frequently belts out one of the meanest operatic baritone voices set to the tune of jabberwocky ever heard, Noguchi says he’s ready to serve with the same integrity that he has always put into his work. And apparently the same humility.

“Don’t call us chefs,” Noguchi said as I woofed down a tasty smoked meat salad he tossed on the fly. “We’re just cooks.” 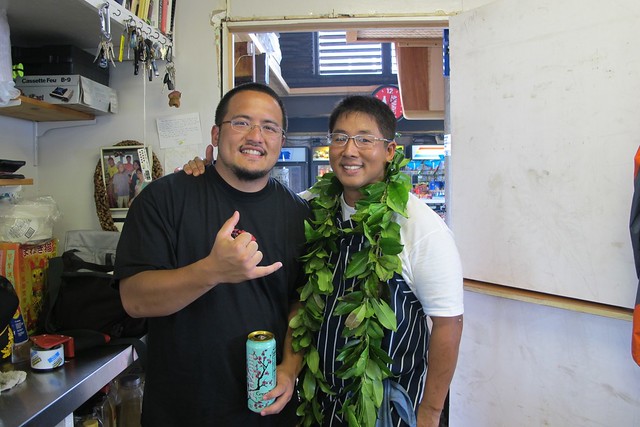