Three months isn’t as very long time. But it just might be long enough for Hawaii to make some serious strides in ending homelessness. At least, that’s what Gov. Neil Abercrombie and his coordinator on homelessness, Marc Alexander, have in mind. Last week, they released a 90-day plan to begin the process.

No one expects homelessness to disappear by August 17, and certainly not Alexander. He is quick to add the real schedule to bring homelessness to an end in our state will put us into 2021. That would be well into the term of the next governor, assuming Abercrombie is elected to a second term, but at least if all goes according to plan, homelessness will be substantially reduced. That “if” is the operative word. It will mean we will have to fundamentally shift our thinking about what ending homelessness really requires.

Criticism has emerged that the project is conveniently happening to clear Honolulu’s streets and parks just in time for APEC. Others say they don’t care why it’s happening—just that something is being done now.

Either way, the administration has continued to take heat for an idea that has become twisted: large public feedings of the homeless in parks by churches and other organizations. Of the nine objectives in the 90-day plan, nowhere does it say “don’t feed the homeless.” In educating all of us about what ending homelessness means, the administration is implicitly asking the question, “Are you in this for the long term, or do you just want to feel good now?”

Sure, we want to feel good. Many of us see someone in trouble and rush in with a sandwich or necessities or whatever help seems appropriate. Then we go on our way, happy to have been of service. Although short term aid is vital, we have to keep people alive and as well as possible in the here and now.

Logic, however, dictates that only focusing on today’s needs perpetuates the cycle of homelessness.

Homeless folks and families down on their luck that need a hand up to a life, which includes a permanent address and the jobs to support it, and, for those with mental illness, the means for evaluation and treatment plus a tracking system that integrates all necessary services and providers.

Unless there is also a parallel track actively working along side short term efforts, the cycle continues. Until we want to have those real systems in place, as my grandmother would say, “We’re just whistling Dixie.”

No new monies are allocated for the current project and job creation isn’t part of the 90-day plan.

There are approximately 6,000 homeless people—and let’s make sure that we regard them as people, not just “the homeless”—in Hawaii on any given day, according to Alexander, and he says, that number has stayed relatively constant, contrary to shifting perceptions that it has grown over the course of the recession.

More likely, is that we’ve witnessed a shift to the urban core of Honolulu and media has highlighted and documented those images of bad-for-business tent encampments cropped up in parks and along city roadsides. And that last part isn’t a bad thing. Still, we’re talking about 6,000 people and relative to our expanded general population, you might think we could help a lot of them to reach independence; or at least interdependence. And yet, decade by decade, finding those solutions have eluded us.

While it’s tempting to ask why hasn’t the government made solving homelessness a priority—and over the years plenty of critics have said just that on my show—the question we should be asking each other is where was our political will? Perhaps it was easier not to focus; perhaps the short term, feel-good fixes have been enough. But are they enough now and for yet another generation of homeless people, even with the plan to end homelessness?

No new monies are allocated for the current project and job creation isn’t part of the 90-day plan. Instead, it boils down a coordinated effort among government agencies, non-profits, faith-based, community, and private organizations—and all of us—to help identify and sort the most vulnerable of homeless families and singles and get them into refurbished shelters or perhaps even apartments. But this time, while the initial efforts are underway, we need to finally decide whether we’re into this campaign to end homelessness in Hawaii for the long haul. Otherwise, we’re kidding ourselves and wasting a lot of well-meaning energy. So what’s it to be ... a serious commitment to change our thinking and commensurate actions, or simply continue good-as-they-are short term fixes?

Prior to his January of 2011 appointment, Marc Alexander served in various administrative and pastoral positions in the Roman Catholic Church in the Hawaii. From 1993-1999, he worked in public policy, serving as founding Executive Director of the Hawaii Catholic Conference. The entire interview with him is on the Town Square archive at www.hawaiipublicradio.org.

If you know of someone who is homeless who needs help, here are the numbers to call:

You’ll need to provide this information: The location and time when the homeless individual is known to frequent the area, detailed description of the individual or group, and your contact information.

After you file a report, an outreach team will be assigned to visit the person. You can make calls and send emails 24-hours-a-day, seven-days-a-week, although the team prefers emails. 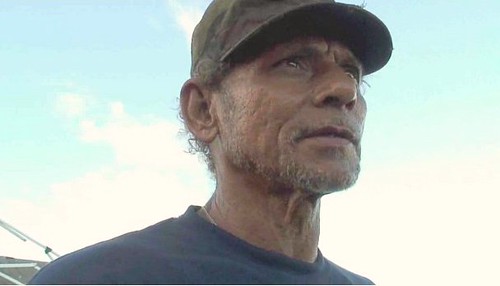