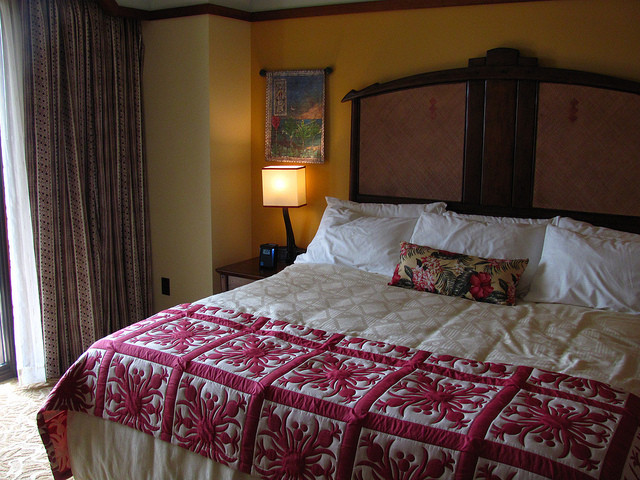 It’s nice work if you can get it. And the Hawaii Tourism Association (HITA) seems keen on getting it—even at its own expense. The group’s founder and president, Juergen Thomas Steinmetz, routinely flys off to faraway destinations. His mission is to entice travel industry professionals to keep Hawaii top of mind.

Before Steinmetz’s current trip ends in November, he will have visted India, Indonesia, Thailand, Singapore, Russia, Qatar, Germany, Italy, Egypt, Canada, and New York. The 20-year Haleiwa resident—and publisher of eTurboNews, Inc., which he says has 235,000 travel industry subscribers worldwide—is now appointing and training a corps of Aloha Ambassadors stationed around the globe in places not on the State’s top priority list. Among them are India, Columbia, Russia, and the Middle East.

Steinmetz says he has been ruminating about the ambassaor corps idea for several years and recently decided to put it into practice. The purpose behind the program is to get Hawaii tourism officials to look at new potential tourist sources. And the group appears to be in a show-not-tell mode.

“HITA is not affiliated with the State,” Steinmetz says. “We are an organizationion of volunters who live in Hawaii and we wanted to help the tourism industry to reach out to nontraditional markets.”

Perhaps HITA will have to do something else to get the State-operated Hawaii Tourism Authority’s attention, or wait until there are hard numbers to quantify its efforts.

Hawaii Tourism Authority’s president and chief executive officer Mike McCartney commented on HITA’s efforts in between meetings regarding APEC through his Communications and Tourism Brand Manager, Momi Akimseu. “We don’t have details about what Steinmetz is doing,” McCartney states. “We can’t comment on the ambassador program.”

The State does have its own hard numbers, however. According to the most recent report, the average per person, per trip amount spent is almost $1,700 over a period of a little more than nine days.

Considering that HITA’s efforts aren’t costing the State, you have to wonder why HITA hasn’t been given any attention.

Steinmetz doesn’t seem to care: “So far, this project is all about giving back to the community and to share our international connections and knowledge about the global tourism industry with our ohana in Hawaii.”

Steinmetz’s publication and past experience provided the model and the talent pool for finding the ambassadors. He spent his professional life in tourism, starting as a travel agent when he was still a teen in Germany. Now his list of current and former associations can be measured in inches on a page as well as in years. He counts his membership in many travel organizations, entities, and NGOs among his accomplishments. Included are his status as a member of the Executive Committee for the United Nations World Tourism Organization (UNWTO) International Task Force to Protect Children in Tourism. Steinmetz is also a strategic partner for the International Institute for Peace Through Tourism. Currently, he is the appointee of the Kingdom of Bhutan, home of the Gross National Happiness index, to represent the Bhutan Tourism Council in the United States.

Locating potential ambassadors began with a survey to assess the interest of his online service’s travel agent subscribers about the idea and possible personal involvement. He received responses from 88 countries. Using his existing network of industry people and journalists around the world who conribute to his online trade journal has paid off before.

“I helped the tourism board of the Seychelles to build their ambassador and ‘friends of the media’ program,” Steinmetz says. “It’s the key for success for Seychelles tourism.”

The template for a successful ambassador hinges on “tour operators that can easily reach out to travel trade and travel agents in their region and establish a program for Hawaii,” Steinmetz explains. Those operators are largely CEOs of niche tour firms with a wide network and a passion for and some connection to Hawaii.

Key, too, is the ability to be trained. And Steinmetz says that works both ways.

“We want our ambassadors to understand how we think in Hawaii, what we’re selling,” Steinmetz says. “But we also want the industry in Hawaii to understand the same when we get guests in Hawaii from India, from Singapore, from Columbia, or perhaps from the Middle East, what these guests are looking for when they travel to Hawaii to make it an excellent experience and so they can go home and tell everyone else about Hawaii so we get more visitors from those countries.

The latest country in which HITA will have an Aloha Ambassador is Qatar. Steinmetz says he has just concluded an agreement with an operator whose son attended Hawaii Pacific University. More importantly, the man has operations in Qatar, Dubai, Abu Dhabi, and Kuwait and is the biggest exhibitor at the Arabian Travel Market, the largest annual travel industry event in Dubai.

Clearly, Steinmetz has high expectations. “He pledged to have an entire segment next time dedicated to Hawaii,” Steinmetz says of the latest Aloha Ambassador. “So he’s inviting people from the business in Hawaii to travel to Dubai next year without any exhibitor cost to exhibit under his umbrella.”

While that market is substantial with no apparent downside, according to Steinmetz, he still doesn’t expect to see hundreds of thousands of visitors from this region. He believes the money spent by those who do come will more than offset the lack of volume. That strategy is in line with the State’s Hawaii Tourism Authority, which has said it wants to attract a higher dollar-per-day visitor rather than simply a high number of arrivals.

“If we get a good number of visitors, it will expand quite a bit,” Steinmetz says. “Plus the per day spending for visitors from this part of the world is about 25 times higher than even China. And we [the travel industry] have talked a lot about China.”

If that does happen, it might send Steinmetz, and those who depend on tourism in Hawaii, to a happy place, even if it’s not one defined by Bhutan.