More than one thing

As both Freese and Goldstein acknowledge, enzymes used in metabolism can do more than one thing. And in the case of the two novel enzymes inserted into the SDA soybean seed, they do produce other fats, but, according to the company, they’re fats that we already consume. The Delta-6 enzyme, in addition to producing SDA oil, also manufactures a common fat called Gamma Linolenic Acid (GLA) that’s not normally found in soybeans. Delta-15 doesn’t synthesize any fats not naturally found in soybean oil, but, along with increasing the amount of ALA, the enzyme does increase the amount of palmitic oil, a fat already found in soybeans.

To make sure no other potentially harmful acids were produced, Monsanto identified 99 percent of the chemical components in the SDA oil extracted from the Omega 3 soybean.

“This oil is far more better known than any other commercial oil on the market,” Goldstein says, noting that other oil companies typically account for only 96 to 98 percent of their oils. And as for the remaining one-percent?

“Other trace amounts of fats,” he said.

And how can we be sure that one percent doesn’t contain something toxic? Dave Schubert, the Salk Institute neurobiologist, says that the smallest amounts of an unknown compound can be very dangerous. But to make up for that uncertainty, Monsanto performed toxicity tests. Some critics have criticized the company’s methods.

“They look at how quickly animals gain weight, look for any deformities, it’s more like a performance feeding trial,” Freese says, saying that these studies, submitted as part of the biotech consultation process, is not rigorous enough. “A real feeding trial is a toxicological feeding trial with laboratory animals. Tissues need to be looked at in the gastrointestinal tract. There should be multigenerational trials with several litters, affecting their ability to reproduce.”

Goldstein says that Monsanto does conduct performance feeding trials with broiler hens, but he says the tests are only used to assure the USDA that its crops—particularly its soybeans, which are used as cattle feed—are safe for animals. To vouch for human safety, the corporation typically carries out a 90-day toxicity study with mice, complete with tissue and blood analysis consistent with other toxicological trials.

For the GRAS notification, Monsanto conducted a more robust set of studies than it did with its biotech consultations. There were not one but three distinct studies with mice, the first involving a 28-day study and the second a 90-day one, with the latter doubling as a two-generation reproductive trial that is usually reserved for certain food additives to test for possible birth anomalies. This is the first time the corporation has conducted a reproductive study on a gene-inserted crop as part of its packet of submissions to the FDA. But Goldstein chalks the test up to being an extra insurance of safety rather than an investigation into a serious concern, stating the argument could be made that SDA oil is already found in our bodies. Nonetheless, he says substantially increasing the public’s intake of a nutrient is something the agency takes seriously.

“We figured the FDA was probably going to ask for this anyway because we’re producing a lot of this oil, so we decided to just go ahead and do it,” he says.

For the 90-day studies, the mice were fed the human equivalent of a half a pound of SDA oil a day, which adds up to about 42 grams of SDA—roughly 28 times the recommend daily intake of 1.5 grams (Goldstein notes that it’s standard practice to test rats with many times the amount used for human feeding trials to account for the differences between species). Scientists found no noteworthy toxicological effects in their organs, no unusual body weight fluctuations, and no birth defects in the litter.

Monsanto also conducted a human feeding trial—another first for a genetically engineered crop. Though Goldstein says the study was mainly used to show that Omega 3 soybean oil gives people meaningful amounts of EPA, he insists that the study also verified the product’s safety. Subjects were given 3.66 grams of SDA oil per day (roughly three times the recommended serving of 1.5 grams) for 16 weeks. Measuring for changes in blood pressure, weight, and cholesterol, among others, researchers found no significant differences, besides the expected increase in EPA.

Marc Hallerstein, professor of nutritional biochemistry at UC Berkeley, disagrees that the human study should only play a supporting role in safety evaluations. While he thinks the oil is a good idea, and that he wouldn’t tell people not to consume this “slightly peculiar kind of Omega-3,” as he calls it, the product should still be tested longer for safety, noting that Monsanto’s study didn’t account for the oil’s long-term effects on cancer, blood disease, or stroke.

“If they’re going to be making billions of dollars on this stuff, and before the world switches to it, they [Monsanto] should do a two or three year study and publish the findings in the American Journal of Public Health,” he says. “Then I think people would be fine with it. Then, I’d say, ‘Good product guys.’”

However Hallerstein’s sees things, the FDA decided the evidence cited in the GRAS notification was compelling enough to earn Monsanto a letter stating it had no further questions regarding the safety of the new oil. What if someone wanted to appeal the FDA’s decision? Gurian-Sherman says people can always request another review, but the agency won’t likely change its mind, and he believes a major reason for this is because the critics do not have a compelling legal argument to make.

“If biotech crops were under a mandatory regulation, watchdogs could say, ‘Here’s the law, and we think you’re in violation,’” he said. “But with no publicly agreed upon criteria, no one’s going to pay any attention to a complaint.”

Drawing from his experience as a former scientist with the Environmental Protection Agency, Gurian-Sherman also says that, given the internal culture of the FDA, the agency is not likely to scrutinize the studies.

“The federal agencies, as a whole, believe these crops are inherently safe,” he says. “That’s the baseline they’re working from.”

What’s at the top of this magic beanstalk?

The Omega-3 soybean is waiting for two regulatory replies. The USDA, which received the environmental studies from the corporation in July of last year—has yet to deregulate the plants so they can be legally planted in open fields. Monsanto expects that process to take two to three years. The corporation is also still waiting for the FDA to finish reviewing the biotech consultation studies Monsanto submitted in the middle of last year, which could take equally as long. But, considering that the FDA has already acknowledged the company’s GRAS notification for its new nutritionally altered oil, and also the fact that not once in the technology’s 14 years presence in the market did the agency, after reviewing consultation studies, relegate a GRAS-submitted genetically modified crop to food additive status, it’s safe to say its possible the Omega-3 soybean could arrive on grocery shelves by as early as 2012.

It isn’t hard to be buttered up by the allure of this heart-healthy oil: the most touted fat of recent times. More enticing is the fact that the ocean’s fish stocks are already threatened, and an increase in demand for EPA would only worsen the problem. Algae pills that contain EPA are also on the market, but they can be prohibitively expensive. Consuming the daily recommended dose through soybean oil would be more affordable and it probably wouldn’t take too much of a diet change since the oil can be blended into just about any processed food.

Yet the same tradeoff remains. In exchange for something beneficial, this time for the consumer rather than the farmer, an almost unsettling degree of discretion is granted to Monsanto. The corporation personally ensures the safety of these modified plants, which, once released into the fields and food supply, will be impossible to rein in. And Monsanto is known for zealously guarding its proprietary information. Even members of the National Academy of Sciences, a renowned research institution whose members were hired by the USDA to evaluate the agency’s regulatory process, commented in their report that the amount of data the company classified as Confidential Business Information—and therefore removed from public view—hampers transparency and external review.

For those who want to study the seeds for themselves, there’s another roadblock: Because the company owns the patents, it has the legal authority to prevent anyone from growing, and, therefore, being able to test them, without its permission.

Gary Barton, Monsanto’s director of communications, summed up the slideshow nicely when he said, “We’re looking at delivering technology in seed,” he said, “not investing in chemicals.”

Monsanto seems serious about its new focus. Gone are the company’s ties to pharmaceuticals, and, with the exception of its financial liabilities, so is the direct link to its notorious past. But the seeds it now specializes in pose their own potentially disastrous risks. Before we imagine a world that benefits from built-in pesticides, drought tolerant crops, and nutritionally enhanced plants, the question remains: Are we willing to permit the company that manufactures genetically altered crops to be the final arbiter of their safety? 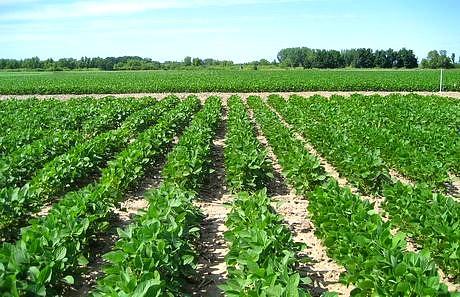 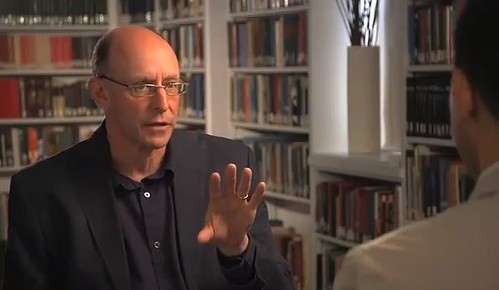