HONOLULU—The Hawaii House of Representatives today announced that Rep. Calvin Say (District 20 - D)will remain as Speaker of the House for the 26th Legislature, which includes the 2011 and 2012 legislative sessions.

Say said he had been working with the House membership to select a leadership team and make committee assignments, which are expected to be announced Thursday, January 20.

“I am grateful for the support of my colleagues and for the opportunity to lead the House for the next two years,” Say said in a statement. “While our economy is rebounding, we are not out of the woods, and it’s important that we remain focused on our priorities: jobs, the economy, and a balanced state budget. We continue to face significant challenges and the House is committed to working collaboratively with the Senate and the Abercrombie administration to meet those challenges and move our state forward on behalf of the people of Hawaii.” 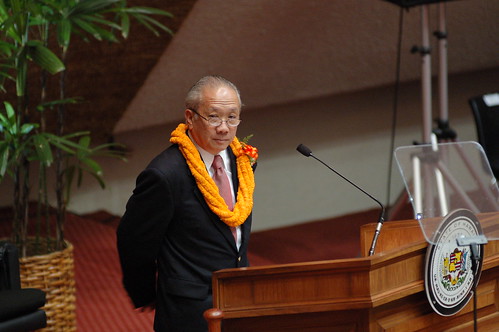 Republicans nudge Democrats to get the State House in order