KAIMUKI—Incumbent Calvin Say is a candidate for State House District 20, which is comprised of St. Louis Heights, Palolo Valley, Maunalani Heights, Wilhelmina Rise, and Kaimuki. Say has been serving in the Hawaii State House of Representatives since 1976. He has been the Speaker of the House since 1999. He is also president of the National Speaker’s Conference and serves on the State Legislative Leaders Foundation Board of Directors. 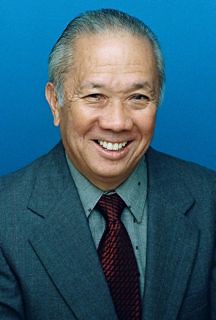 Who is your largest campaign contributor?
The Painters Local Union 1791 and Hawaii Association of Realtors each contributed $2,000 to my current campaign.

How, as an elected official, will you support and enforce the existing State laws that protect and nurture the rights of Native Hawaiians?
Since the question is very broad, I will provide a general response.

I will support attempts by the State and The Office of Hawaiian Affairs to reach an agreement on the public land trust revenue controversy. Such an agreement must be fair and affordable to all parties, including the general public.

I will support efforts of the Department of Hawaiian Home Lands to provide housing for Native Hawaiians on a self-funding basis. That is, I will support the department’s efforts to generate its own revenues in order to fund housing development. At this time and into the foreseeable future, I do not believe the State government will be able to appropriate general funds for that purpose.

If the Akaka Bill is enacted into law, I plan to participate in the implementing actions necessary by the Legislature.

What kind of tax relief do you support and how else do we lower the cost of living for full time residents?
The State budget has already been reduced substantially because of the decrease in revenues due to the Great Recession. My personal belief is that the Legislature cannot grant or promise any “tax relief” to residents at this time.

I will, however, be open to considering tax credits to businesses for new employee hires. My top priority in the upcoming session will be job creation. Such credits may be necessary to promote new job growth. Legislation establishing the credits for businesses that actually hire people for new jobs must be an alternative for consideration.

One related comment on this issue: I do not support a general excise tax increase. I feel that such an action would jeopardize the economic recovery, raise the cost of living for residents, and exacerbate the regressive effect of the general excise tax. If additional revenues must be raised, my first preference would be to limit or eliminate tax breaks for special interests.

As to “how else do we lower the cost of living for full time residents,” I believe that the State must reduce its dependence on imported fossil fuel. Of course, doing so would be a long-term effort, but the necessary investments should be made now. For further discussion, see the response to the “renewable energy” question below.

How do you limit bureaucracy in government and manage civil work for efficiency?
The question is unclear. By “bureaucracy,” do you mean “public employees” or “red tape”?

If the question is about how to provide State services efficiently with the least amount of State employees, the response is that good management and motivation are necessary. It should be remembered that most State employees are assets. Most perform their jobs well in difficult circumstances.

What ideas do you have for improving our education system?
I support the constitutional amendment to appoint, instead of elect, Board of Education members. My belief is that the change will improve accountability. In essence, the line of accountability will run through the board to the governor, who will appoint the board members.

Personally, I hope that the Legislature and governor work to establish a formula identifying the proper level of funding that the State should provide to public lower and higher education. At present, the State has many competing needs, but limited revenues. Public education, although a priority, must compete with other important programs. Establishing a formula for public education would reserve a certain amount of funding for public education, giving the Department of Education and University of Hawaii certainty in planning programs and providing services.

What’s going to be your input in addressing Hawaii’s “homeless” crisis?
For the short-term, I will support the housing first program established under Act 212 of the Regular Session of 2010. Under the program, “homeless” individuals are to be moved into residential units and provided services. They would not need to progress through transitional housing before moving into the units.

In addition, I will support the establishment of temporary “homeless” shelters and safe zones, subject to the availability of funding and identification of appropriate locations. Temporary facilities are needed in order to relocate “homeless” individuals from public parks, beaches, and sidewalks. After all, ordinary taxpayers deserve safe, clean, and accessible parks, beaches, sidewalks, and other public facilities.

For the long-term, the State should promote efforts to create jobs and develop affordable housing.

How would you improve accountability in government?
This question is particularly appropriate to me in the midst of my re-election campaign. I feel that, as a State representative, I am already accountable to the people every two years. I try to show my commitment to them by walking house-to-house every campaign.

What is your opinion on Hawaii’s current approach to renewable energy?
I will fully support efforts to develop renewable energy for Hawaii. At times, I wish the State could be more aggressive in developing renewable energy projects, such as the undersea cable from Lanai/Molokai to Oahu.

Besides the generally acknowledged environmental benefits, I view renewable energy development as necessary for the economic vitality of Hawaii. Reducing the import of fossil fuel will enable us to keep dollars circulating within the local economy. Renewable energy may also become a high technology industry, the knowledge and products of which could be exported. It may also grow into an educational specialization for the University of Hawaii.

To achieve these benefits, the State must invest in renewable energy. That is why I supported Act 73 of the Regular Session of 2010, the barrel tax bill.

Are you aware of concerns Hawaii residents have with the lack of enforcement of child support laws, and do you see a way you could address it if elected?
I am generally aware of such concerns. At this time, I do not know enough about the issue to make any specific recommendations. I will be open to considering feasible and affordable ways of enforcement by the State during the next session.