KAIMUKI—When jeweler Kihwa Kwon Gosline moved to Honolulu after studying jewelry-making for three years in Japan, she immediately looked around for a studio where she could practice her trade. Unfortunately, she found few options.

“In Japan, people really love to do things with their hands,” she remarked. “I guess having a space to make my jewelry was something I had taken for granted.” Determined to continue her art, the graduate of the prestigious Hiko Mizuno College of Jewelry in Tokyo, Japan opened on her own.

She and husband William Gosline transformed a second level studio space on 12th Avenue into a designer atelier in just over a month, complete with all the tools needed to make the most advanced types of jewelry. And so on March 12, a new addition to Kaimuki’s burgeoning arts scene opened its doors. 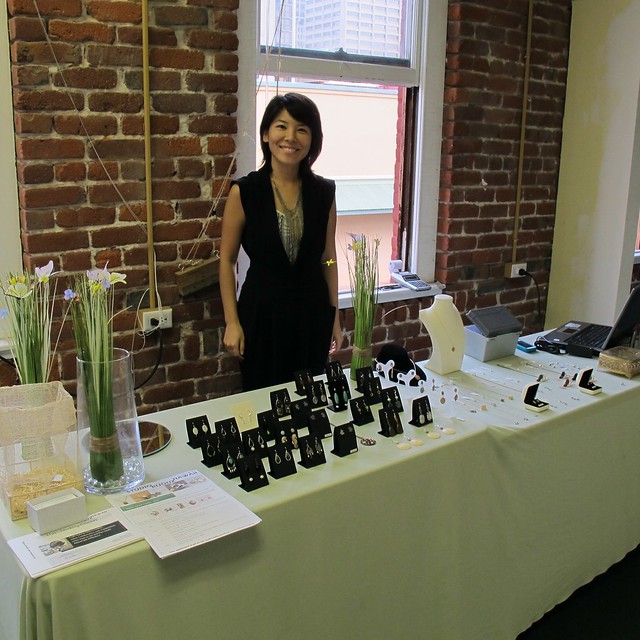 In keeping with the atelier tradition, Studio Bijoux is a place to make your own jewelry, using specialized equipment that is hard to find in Honolulu and with Kihwa as a mentor. The emphasis is on metal work. Resin work, lost wax technique, repoussé, and wrapping are some of the techniques taught in her classes and workshops.

The concepts behind Gosline’s studio include self-discovery, upcycling, and hands-on education, therefore resonating with the neighborhood’s do-it-yourself vibe. The commitment level is flexible, with thematic hour-and-a-half workshops on Wednesday nights to which participants can bring their own materials or use what’s provided. Similarly, the experience can be as casual or rigorous as one desires.

A special Mothers’ Day workshop is in the works, where participants can choose to honor their mother with a one-of-a-kind creation or update an existing heirloom. 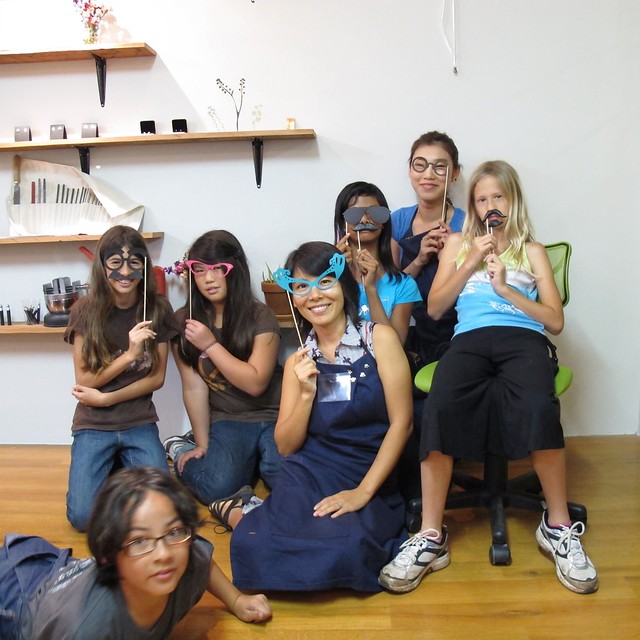 Wanting initially to only teach adults, Gosline hadn’t thought about classes for children until her stepson was left one afternoon at the studio and produced two pieces of jewelry in a remarkably short period of time. That piqued her interest.

“These days, people want their children to have the opportunity to do everything, so why not make jewelry,” she said. “Artistic process helps kids to learn to value diversity and respect each others’ creativity.”

Likewise, William Gosline got animated when discussing the educational vision he has for the studio. He feels strongly that education will have to change in the 21st century.

“Rote education won’t work in the age of Google,” where information is readily at the students’ fingertips, he explained. Instead, he believes that the focus should be on problem solving, setting and achieving goals, and creative thinking.

As I write this, I’m looking at my hands typing, and at the ring given to me by my grandmother just before she passed away. The ring has been one of my most cherished jewelry pieces for the past 15 years, and reminds me of the way certain objects are imbued with meaning, providing connections with the past. I was lucky that my ring fit and that it reflects my taste. All too often, however, these treasures sit idle in jewelry boxes because they don’t suit their new owners. Now, with a little vision and Gosline’s guidance, your heirloom can be transformed into a stunning and wearable piece of art. 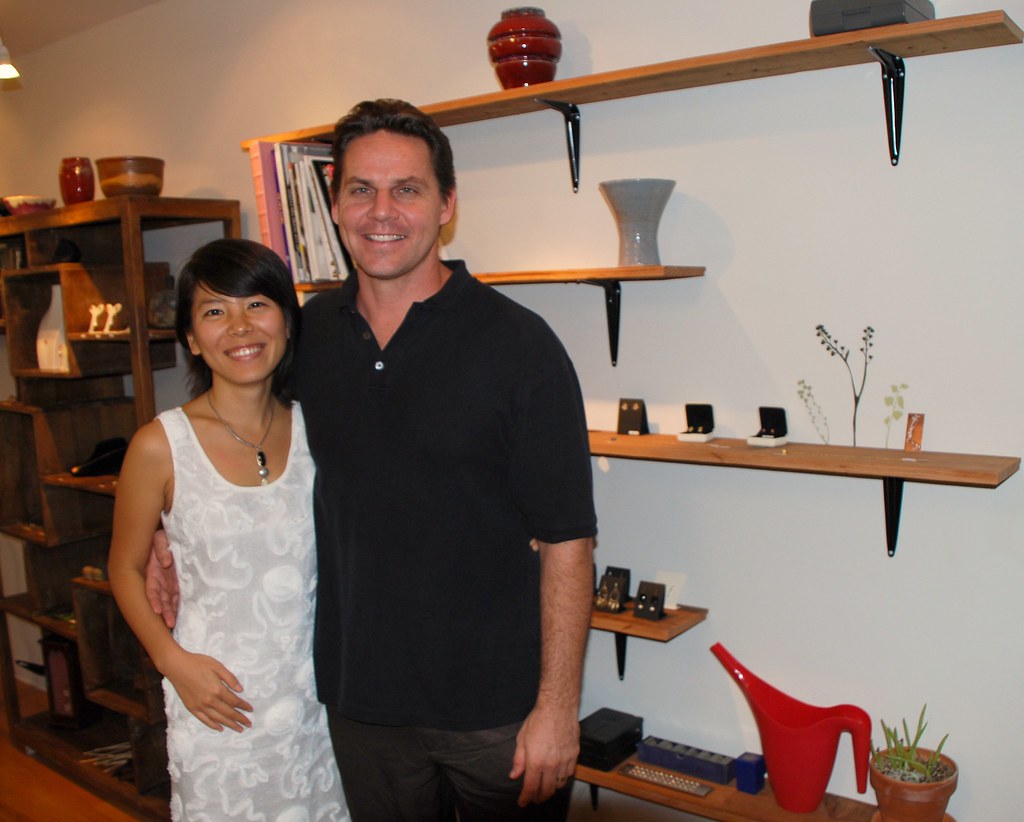 To find out more about the studio, visit their website at www.studiobijouxhawaii.com. Classes for children are offered every weekday from 3:00 p.m. to 5:00 p.m. and on Saturdays and Sundays from 2:00 p.m. to 4:00 p.m. Adult classes run from 5:00 p.m. to 7:00 p.m. every day and focus on a different technique. There will also be open studio offered to advanced level artisans from 10:00 a.m. to 3:00 p.m. every day of the week except Monday. Classes cost $35; open studio time can be purchased in blocks of 15, 30, and unlimited hours per month.