The following is part two of a three-part series that examines opportunities and challenges confronting Kauai in the new decade. Read part one here.

KAUAI—If tourism has been the central pillar that has supported Hawaii?s economy for the last half century, the question of what role it will play in the coming decade cannot be ignored. Between 2000 and 2010, Kauai and the rest of the state saw how external forces like terrorism in New York, disease in Hong Kong, a war in Iraq, or global economics and energy costs can dramatically and immediately impact tourism and the entire island?s economy.

Internal events like the cessation of cruise ship arrivals, collapse of airlines and extreme weather events like the severe rains of 2006, and Kaloko Dam failure also affected the tourism-based economy. Roller coaster-like boom and bust development trends, shortages in rental cars, and the ongoing debate about hotel development and how much to limit vacation rental accommodation also impacted Kauai in the last 10 years and will almost certainly continue to do so in the new decade.

The future of tourism remains a big question mark. Can tourism rebound? If so, when? Some ask if it should come back at all. Kapaa-based green economist Ken Stokes of the Kauaian Institute asks not when the tourists will be back, but which ones will return.

?Some of the best futurists at UH presented four scenarios,? Stokes says. ?In these, not a single one indicated anything like mass tourism in the ten to twenty year horizon.? 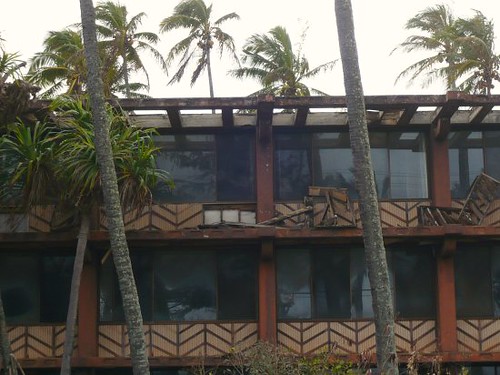 The neglected ruins of the Coco Palms Resort have remained standing in Wailua, Kauai since Hurricane Iniki in 1992. More recently, a large proportion of Kauai’s accommodation has turned to timeshare units. Will Coco Palms still be there in 2020? Photo by Jon Letman

Stokes cites what he calls a ?morality and consciousness,? which he believes will make some people think twice about continuing to fly great distances to Hawaii.

?Your global share of carbon output is the equivalent to one airplane trip to the West Coast,? Stokes says. ?That?s for an entire lifetime.?

The upper tier of the travel market is fairly solid, Stokes says, but he expects mass tourism to ?fall away? as the overall contribution of tourism to the island economy declines.

Sue Kanoho, executive director of the Kauai Visitors Bureau, looks at the future of tourism on Kauai from another perspective. She sees much of Kauai?s market the result of available accommodation.

?If properties shift to fractional or timeshare units, those are the kind of visitors we get. First time visitors tend to stay in hotels,? Kanoho says, referring to the large number of return visitors to Kauai.

The type of accommodation offered, the condition and capacity of harbors and airports, and the level at which Kauai can comfortably welcome visitors will continue to be key considerations in the decade ahead, says Kanoho.

?On an island, it?s important to acknowledge the capacity for certain areas,? she says. Kanoho refers to talk of the Department of Land and Natural Resources limiting the number of permits issued in order to preserve environmentally delicate places, just as camping permits are already limited now.

?We may be a destination that requires planning a vacation further in advance,? Kanoho says, pointing out that advance planning is part of having a destination where the quality of experience is more important than the quantity. 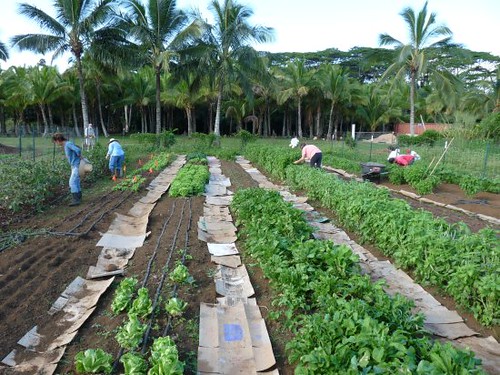 ?Kauai is not a fast food drive-thru,? Kanoho says.

She concedes that other destinations like Mexico or the Caribbean may be closer, quicker, and cheaper to the mainland than Kauai, but says the quality and uniqueness of Kauai will remain a draw for those willing and able to spend for tropical vacations.

?Everyone has their breaking point. When you hit $1,000 or $1,200 round-trip airfare (to Kauai), some people will consider other destinations,? Kanoho says.

In the coming decade Kanoho doesn?t foresee Kauai becoming a solely exclusive destination that only serves the high-end market.

?That?s just not who we are and I don?t think that?s what people want,? she says. Kanoho expects Kauai will remain a laid-back, rural, natural destination.

Recognizing that a few years ago there was a palpable tension as increasing numbers of people on Kauai felt the island was being lost to development, Kanoho says there have been concerted efforts to respond positively to those concerns and that the island is no longer on a ?slippery downward slope.?

?We need to ask Kauai, ?what does she want to be when she grows up?? That?s not just a KVB question, but one for the leaders and people of Kauai.?

Visitor industry trends like ?voluntourism,? growth in both Korean and Chinese travel markets, untapped potential in the Japanese market, and a greater emphasis and commitment to sustainable and green practices in the tourism sector are all likely to become even more prominent in the coming decade, Kanoho says. But she cautions: ?Whatever your goals might be ten years out, in less than a day an event like September 11 or an airline closing suddenly can change your whole world.?

Adam Asquith, a taro farmer and managing director for Kauai Farm Fuels, a biodiesel manufacturer in Hanapepe, says that big changes are coming to Kauai—you can bet on it. Asquith envisions a Kauai 10 years from now that is subject to the effects of global fuel shortages. He imagines $200 a barrel oil making travel to Kauai unaffordable for all but the wealthiest travelers.

Visitor arrivals on Kauai could be half that of 2010, he says, with many hotels closed and those that remain offering free vehicles and fuel as a gimmick to attract occupants. $10-per-gallon gasoline would mean that bicycles would be as common as cars on the road and the horse would return as a viable means of transportation. 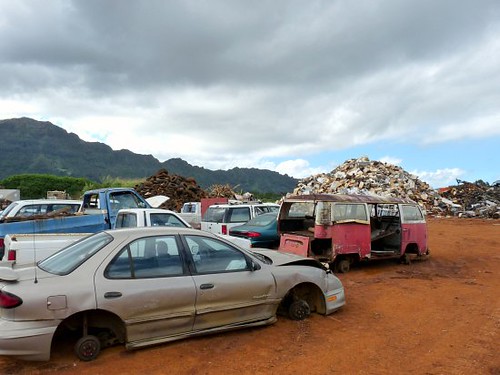 Scrap piles of used appliances and junked cars against the scenic backdrop of Kauai. With Hawaii’s heavy reliance on imported goods, food, and fuel, some believe our current lifestyle is reaching its limit. Photo by Jon Letman

By 2020, Asquith says many people on Kauai will have installed wind, photovoltaic, or battery systems in order to gain some energy independence as electricity rates rise to more than a dollar per kilowatt hour. He envisions 20 percent unemployment, frequent blackouts, and people returning to hunting and fishing for sustenance, rather than recreation.

On the bright side, Asquith expects Kauai in 2020 to be a place where neighborhood and farming communities have turned to small, independent energy grid systems or locally produced plant oil (kukui, coconut), ethanol, and wood gas. Asquith says surf breaks will be uncrowded, traffic non-existent and nearly everyone will maintain a garden or farm.

According to Asquith, 10 years from now, ?parties will be more frequent, larger and last longer. We will thrive in household economies that would have been considered abject poverty in 2010, but kupuna will remark that Kauai is now a lot like it was when they were growing up.?
In 2020, Asquith says, ?we will have rediscovered what our kupuna had—a sense of place.?

Part III, the final installment in this three-part series, will examine possible changes to Kauai?s natural environment and communities in the new decade.