HALEIWA—Pupukea Road on the North Shore will be undergoing work for six months beginning in March when the City and County of Honolulu will begin the Pupukea Rock Fall Mitigation Project. The project requires closure of one traffic lane and police on scene to direct traffic. A net-like drapery will be installed over the loose rocks that line the road as a rocky wall, and a fence will be installed to prevent larger boulders from falling onto the steep and winding road, and further down into the residential area below.

The project was originally expected to begin in December at the height of the surf season, which each year brings bumper-to-pumper traffic from wave watchers and surf contests. North Shore residents were initially concerned with increased traffic. However, the City announced this week that actual construction work will start on Monday, March 14. Completion for the project is expected for August 2011.

“I’m relieved, as I’m sure a lot of people out here will be, that they’ve delayed construction,” said North Shore resident Erik Davids. “The Triple Crown draws so much traffic, and we’ve had other traffic issues with the water work. So it’s a good thing that the Pupukea project won’t start during surf season.”

According to a City report, the work consists of clearing vegetation within the project limits, scaling boulders and unstable rocks or installing rock dowels, applying shotcrete where necessary, installing rock fall protection fences, and the drapery system and landscaping. The City accepted McGraw-Hill Construction’s bid at approximately $1,464,000.

“The project will take place past the hair pin turn if you’re going up. It doesn’t go past that section,” said Antya Miller of the North Shore Chamber of Commerce.

The North Shore Neighborhood Board has called the plan a “proactive approach to protect travelers” along the dangerous road, which is the only access to the large Pupukea resdidential neighborhood. Vegetation is expected to grow over the netting, eventually hiding the netting itself and providing protection at the same time.

“They found just one cave and they recommended just closing it up,” Miller explained.

In 2000, a rockfall on Kamehameha Highway near Waimea Bay closed the only road going through the North Shore, resulting in commuters driving through the beach itself for three months. 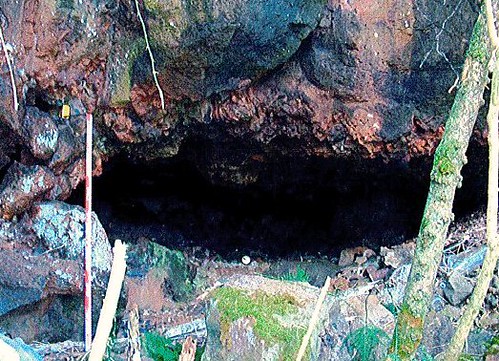 Rocky road: Preventative measures to be installed on Pupukea Road