The following letter is in response to questions The Hawaii Independent proposed about the toxicology report of the late Andy Irons (AI).

In regards to the questions concerning the death of AI: Does it matter how he died? Well it does insomuch as what his sponsors really knew. I’m sure they knew of substance abuse issues and should have continued to follow up if in fact the rumors are true in regards to AI going to rehab at their request or possibly his.

They have continued to spin this story and I’m also sure they are involved in AI’s wife’s legal suppression of the toxicology report. AI meant big money to them and more money the sooner he got back on tour from his so called hiatus.

Everyone knows how much pressure and stress there is on these guys to perform and even more pressure on past champions. Can you imagine what a drug addict would be going through having to travel and take whatever it was he needed to continue on, not to mention the effects of whatever it was he was using (I suspect opiates of some sort, it’s known within the surf community AI had had some back pain issues as most avid surfer’s suffer with at one time or another). The question of how much pressure it put on AI as a substance abuser must have been huge. Andy was quoted more than once commenting that surfing on the world tour was his only viable career option. Why would he say that if his sponsors weren’t putting that kind of pressure on him.

It will all come out sooner or later. RIP AI. 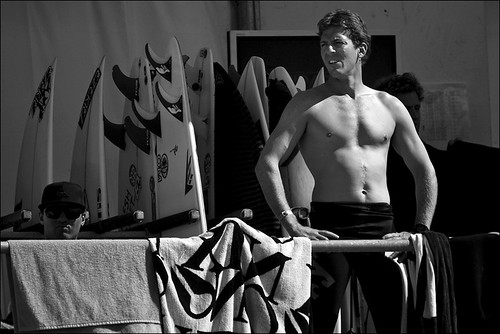 Is the fate of Andy Irons’ legacy written on a toxicology report?