HONOLULU—On a recent Friday night at Laughtrack Theater on Bethel Street, several dozens of supporters gathered to watch a group of improvisers play comedic stage games, develop characters and relationships, and play off of one another using the same skills taught at legendary improv incubators like “Second City” and “iO” (formerly Improv Olympic) in Chicago.

What made the night particularly special was not necessarily the material the performers improvised in the moment, it was the fact that the eldest performer on stage was just 14-years-old. Make no mistake, though. There were plenty of genuine laughs.

Instructor Larissa Nielsen is herself a veteran improviser, having completed the Laughtrack program’s advanced track and attended all of the workshops taught there by successful performers from Chicago. She has performed with In Your Face Improv (IYFI), and performs regularly at Laughtrack Theater with a number of improv groups.

When asked about the hardest part of teaching improv comedy to a group of adolescents, Nielsen ponders the question for a moment before saying: “The hardest part was not being able to perform with them.” 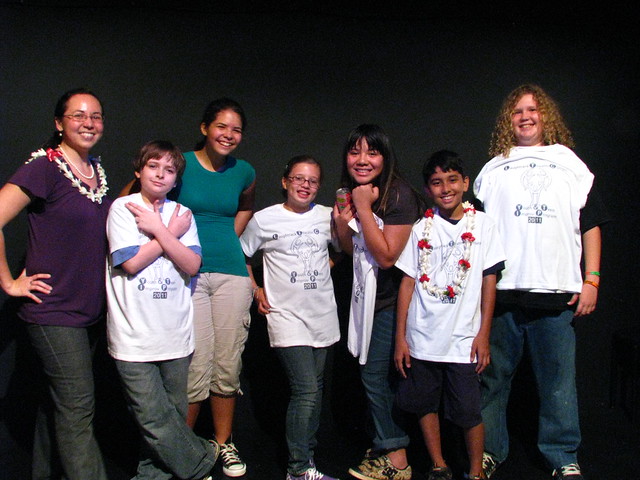 She says that the group of students began to gel as a team almost immediately, and credits the supportive, non-judgmental environment the theater provides. By week three of the eight-week program, the students were able to let go of the fear of “messing up.”

The schoolyard is often cruel, and that can affect how children see themselves, and how they treat others.

“It’s easy for kids to affect negative characters,” explains Nielsen. “We try to focus on small, happy moments in the kids’ life.” By doing so, the kids are able to appreciate what others experience, and that turns into a kind of support system.

That support system was in place on the night of the performance, as one of the students could be heard expressing nervousness. Another grabbed that student’s shoulder and said, “Don’t worry. I’ve got your back.” It was precious and cute, but beyond that, it was also a remarkably mature response from an 11-year-old.

“I didn’t really realize what a difference the program was making in the kids’ lives until parents started practically mugging me after class, saying they could hardly recognize their children on stage,” admits Nielsen. They expressed a gratitude that indicates that the lessons the kids were learning in class were coming through at home and in school. 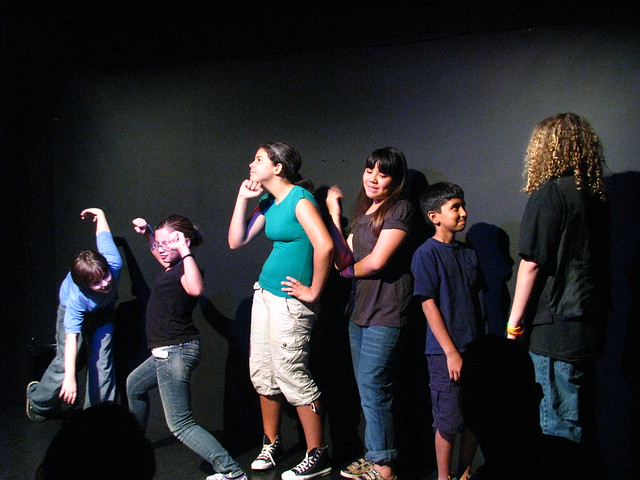 Trinity, aged 12, was signed up for the classes by her mother. “At first, I didn’t want to come,” she said following the performance. “But then I got totally into it.”

Teani, also 12, said, “I definitely think that I’m better at being funny spontaneously.”

Katerina, 11, enjoyed the mini community that the classes created. “You can be random around people and connect ideas,” she said, “rather than just being weird.”

The kids’ first public performance was not without awkward moments, but neither are performances by even the most accomplished adult improvisers. It’s the nature of improv that not all risks result in comedy gold.

What was most entertaining, and most successful, was that the kids in the performance were clearly aware of the requirements of the structure of the scenes and the relationships they created. The adolescents proved up to the critical thinking skills, memory and recall, and support required to stage an improvised comedy show. Each expressed a desire to re-enroll with Laughtrack Theater Company.

The next Laughtrack Kids Program begins at 3:30 p.m. on Thursday, April 21 at Laughtrack Theater, 1123 Bethel Street.

Interested families can register online at www.laughtracktheater.com, or by calling Kim Potter at (808) 384-3362. 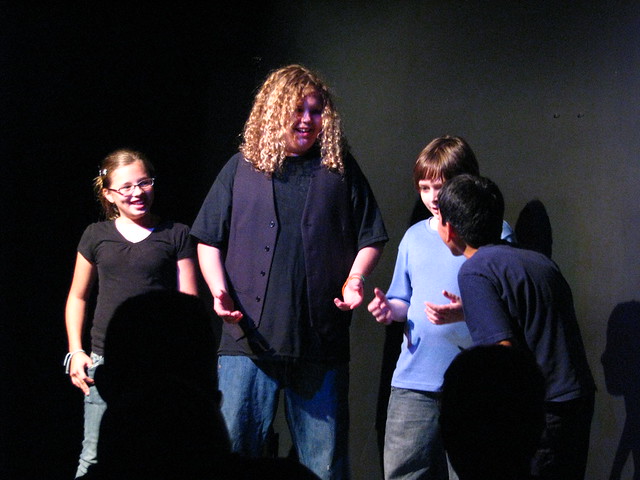