HONOLULU—A young couple draped in a blue tarp huddle together under a tent on the beach—their infant child held close. For many, it’s not the usual Nativity scene. But for hundreds of houseless families throughout Hawaii, it’s a scene that definitely hits close to home.

The American Friends Service Committee Hawaii (AFSC) was one of five organizations selected by lottery to set up a display on the lawn of Honolulu Hale as part of the 26th Honolulu City Lights Christmas exhibition.

AFSC is a national Quaker organization that includes people of various faiths who are committed to social justice, peace, and humanitarian service. The Hawaii office focuses its efforts to reclaim and transform military-occupied lands to peaceful, productive, and sustainable uses in numerous sites in Hawaii, with particular attention to Native Hawaiian justice issues.

In 2009, Honolulu was named the eighth meanest city to the “homeless” in the United States by the National Law Center on Homelessness and Poverty. The report cited various laws and statutes such as the no-camping rule in city parks. In March of this year, the Honolulu City Council passed two resolutions, one banning the use of shopping carts in public spaces and construction of tents with walls within city parks. In August, houseless families were evicted from the Waianae coast in an area known as “Rails.” And in October, the Honolulu City Council passed another law that targets houseless people with belongings on sidewalks.

The AFSC’s Honolulu City Lights display, entitled “No Room at the Inn,” focuses on the criminalization of houselessness in Hawaii by portraying the Nativity in a contemporary Hawaiian context. The display asks viewers to reflect on the meaning of the parable as told by Jesus in Matthew 25:40-45: “I tell you the truth, when you refused to help the least of these my brothers and sisters, you were refusing to help me.” How do we in Hawaii treat those who are less fortunate?

The display also includes an excerpt from Kamehameha I’s K?n?wai M?malahoe (The Law of the Splintered Paddle), which is enshrined in the Hawaii State Constitution. The law was a declaration of human rights that protected and provided safety from harm for anyone along the trail. The artists behind the Nativity hope people will reflect on laws that seem to violate this fundamental right of people in Hawaii.

Lastly, there is also included in the display a contemporary quote from Native Hawaiian musician, activist, and philosopher Kelii Skippy Ioane: “We the evidence, not the crime.” It comes from the lyrics of a song about the poverty and criminalization of Native Hawaiians in their own homeland.

The holiday season, while a time for celebration, is also a time for reflection on how we treat those in our society during the rest of the year.

The AFSC’s Honolulu City Lights Christmas display is located on the Honolulu Hale lawn and can be seen through January 2, 2011. 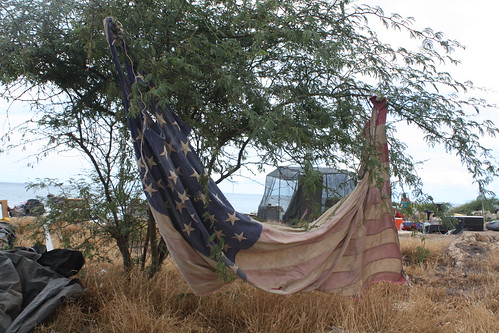 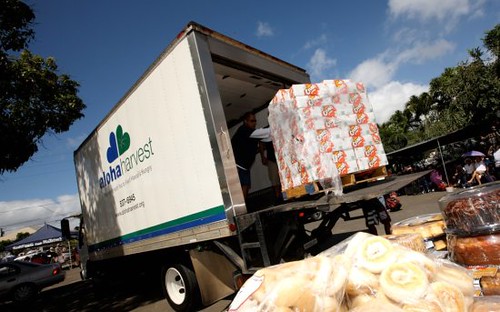 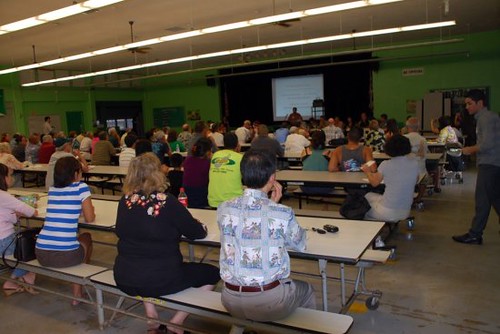 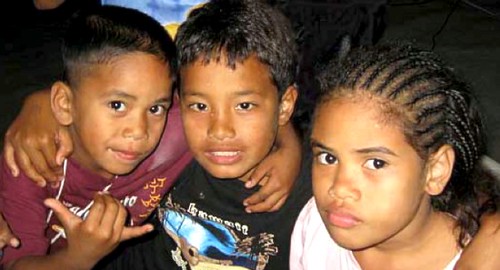 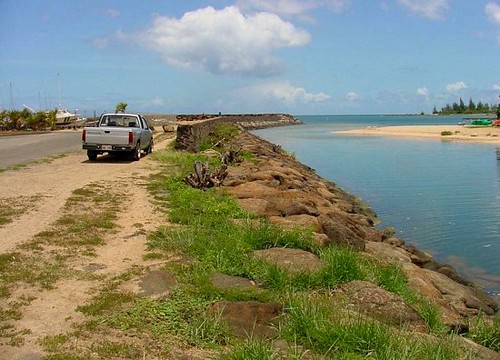