Since April, the BOSS Optimism Index shows a 9-point jump and is on par with the 2007 level. While the April survey presents an evenly balanced 30 percent of business leaders who believed business would get better or would get worse in 2011, by October, the Get Worse contingent fell to 20 percent as the Get Better group picked up 4-percentage points. QMark surveyed manufacturing, retail, wholesale, some miscellaneous, and service-based businesses. Services comprise the majority at 48 percent and QMark President and founder Barbara Ankersmit says she did not have to weight or readjust responses to reflect business activity statewide.

“We’re pretty careful to mirror what the state statistics show us and careful to have business from all the sectors,” Ankersmit says.

A big “aha” moment this time around for Ankersmit was the fact that people were so willing to talk at length about their experiences.

“Usually it takes our skilled interviewers a little time to get people enthusiastic about the survey,” Ankersmit says. Much as she prefers empirical evidence, Ankersmit found herself noting a difference in the tone of the recent conversations. “People seemed anxious to talk and they seemed to be in a much better mood than when we did the survey in April.”

“The number of good stories is rising, and the bad stories are falling. It’s an economy on the rebound,” says Hawaii Business Magazine editor Steve Petranik.

There is still the question of whether we are leading our own recovery or waiting for assurance that it’s okay to come out into the economic sunshine.

“What we do in the tourism industry—every single person who works there—helps to feed Hawaii.”

“If you’re optimistic, it can be a self-fulfilling prophecy,” Tetranik says. “Tourism is leading recovery in this state because tourism numbers are much better than they are for all companies. If we look at the performance of just those 103 tourism companies, it was much better on average than all the companies in the economy.”

Even with the positive numbers, Ankersmit refuses to call the upswing in economic activity a recovery.

“We’re not near the peak years of 2004 or 2006,” Ankersmit says. “There was nowhere to go but up. People see a trend that things are getting better, but these are the survivors and they are looking forward to the future.”

Hawaii Tourism Authority (HTA) president and CEO, Mike McCartney, is equally circumspect: “Yes, the numbers are getting better. But we need to remember there were 22 months of declining visitor revenue and declining visitor expenditures. People need to remember that those companies that are still here today—those businesses still here today that have kept those employees working—have had two years of tough times. So to make up loss doesn’t happen overnight.”

HTA is the lead tourism agency responsible for setting tourism policy and administrating the State’s tourism programs encompassing business, leisure, and sports marketing efforts, product development initiatives, and oversight of the Hawaii Convention Center. In 2007, McCartney cites $35 million spent per day by visitors, $30 million in 2008, and by 2009, $27 million. 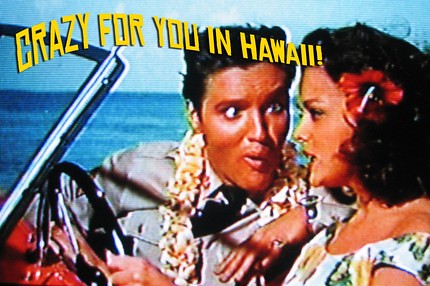 McCartney would like all Hawaii residents to remember how connected they really are to the tourism industry regardless of whether they hold any of the 151,000 jobs created by tourism. He says he’s even thinking of reviving the public awareness campaign that tracks a $20 bill from a visitor purchase. A recent experience flying to Japan brought the issue home for him. “I was watching the construction crew work on the tarmac,” McCartney says. “It was probably a federal project. Those two gentlemen took off their hats, put down their shovels and bowed to the JAL aircraft. They knew it was all connected.”

With the construction industry last to bounce, Petranik is hopeful that this is the last year, but admits “a lot depends on fed money and the fed money spigot may get turned off.” McCartney says that only intensifies his sense of urgency. “What we do in the tourism industry—every single person who works there—helps to feed Hawaii.”

Hawaii companies may also feel a boost from the state’s new air of cool as film and TV projects continue to redefine Hawaii’s image. High end retail is doing well, according to Petranik, but he says shoppers are still looking at sale racks first. As to what this means for the purchases made by average Hawaii residents, Petranik and McCartney believe it all comes back to the interconnection to tourism. McCartney touts the HTA Board’s first ever strategic plan. The three-year strategy first deals with a crisis year, then two years to create a sense of “normalcy.”

When asked whether traditional Hawaiian culture is a big draw for visitors, 72 percent of the 103 tourism companies agree.

The bottom line according to McCartney: “We have to distinguish ourselves as a destination from every other destination. The way we’re going to do it is to be who we are. That’s our competitive edge. We can’t build more, be more and add more without remembering who we are.”

That sentiment seems to be reflected in the survey. When asked whether traditional Hawaiian culture is a big draw for visitors, 72 percent of the 103 tourism companies agree. Ankersmit says she is somewhat surprised by the response and would have liked to delve into the question a little deeper.

Asked about their expectations of the effect of Asia Pacific Economic Cooperation (APEC) summit coming to Hawaii next year, tourism companies are divided: 40 percent say APEC will have no impact, 25 percent foresee a small impact, and 32 percent believe the international gathering will significantly impact their business. McCartney proposes to especially make the expectations of the last group come to fruition. 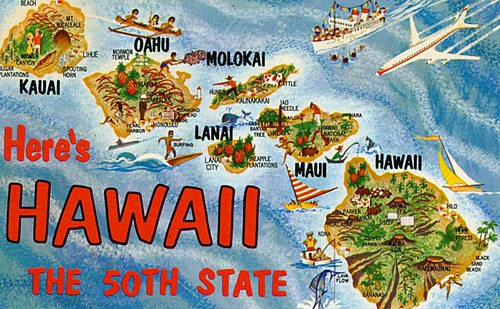 “We’re striving for a long term impact,” McCartney says. “APEC comes to a country once a generation … There will be 2,500 people from the media from around the world. That’s an opportunity to have a long term impact.”

Hoping to drive airlift back to or above the 92 percent capacity last seen in 2007, HTA will have to continue to foster a demand so airlines will see the necessity of adding seats—and especially for the right visitors.

While McCartney says he believes that travel is about peacemaking, it’s also about making money. Fewer visitors who spend a lot—for example the average of $312 spent daily by Chinese visitors—is his less is more strategy. He doesn’t have a targeted number of quality visitors in mind, just a profile: those who respect Hawaii’s environment and culture and who will spend a tidy daily sum to experience them.

“We are a mature destination,” McCartney says. “The new Disney resort is proof of that and it’s not a caricature of Hawaii.”

Despite the decades of talk about creating secondary industries, and some success in doing so, tourism is still the bellweather. Petranik puts it simply: “If you don’t want to help tourism, and if you have four $10 bills in your wallet, take one of those tens out and throw it away.”

Can any of us really afford to do that?

The interview with Steve Petranik, Mike McCartney, and Barbara Ankersmit is on the Town Square archive at www.hawaiipublicradio.org. The BOSS survey is in the December issue of Hawaii Business Magazine. If you have an idea for a Town Square discussion reach Beth-Ann Kozlovich at [email protected]