Choice is good, except when it isn’t.

The upcoming Board of Education (BOE) vote on Policy 4540, which reduces the number of social studies credits required for high school graduation in favor of electives, has been promoted as an exercise in choice. Gov. Neil Abercrombie has characterized it as such. But if choice is so great, why do we even have a curriculum? Let’s just let kids and their parents decide what classes to take and then give them a diploma based on their customized choices. The most popular courses and their teachers will survive, the least popular courses and their teachers will vanish like dinosaurs. This is a ridiculous scenario because we believe that there is a core knowledge set that all students should be required to master as part of their education, and this core knowledge set is reflected in a curriculum.

Are U.S. students really getting too much social studies education? Not according to national studies of student learning. A 2006 National Geographic-Roper Public Affairs poll found that almost half of 18-to-24-year-olds in the United States couldn’t find Mississippi on a map and that 60 percent couldn’t find Iraq. Thirty percent said it didn’t matter if they didn’t know the locations of countries in the news. Three quarters said that English was the most widely spoken language in the world. (Read more horrors here.)

Of course, the numbers are just as bad in math and science. But if two people are drowning, you don’t just save the one you think is more important because you are too lazy to save them both.

I am a professor of computer science at the University of Hawaii at Manoa. I deal all the time with deficiencies in the science, technology, engineering, and math (STEM) areas, but I am unwilling to accept a further reduction in knowledge of geography, history, civics, political science, economics, psychology, or cultural studies to make up for those deficiencies.

There was a time when we valued a broad education in this country.

There was a time when we valued a broad education in this country, and we should demand that BOE members provide leadership to give our children the breadth of knowledge they will need to be informed citizens and members of the global community.

We are drifting toward a skill-based education model, but the future will demand a knowledge-based education. Many students like computers and want to be computer scientists. Their parents have heard that there are a lot of “computer jobs” out there. Naturally, given the choice, they will take a computer class instead of geography, or civics, or economics, or some other social studies class. But you might be surprised to learn that innovators and leaders in computer science are well-rounded thinkers, not just code hackers. The interesting issues in computer science today are ethical (think about recent privacy blunders), social (think about mobile computing and virtual worlds), political (think about social networks and political uprisings), interpersonal (think about interacting with robots), and global (think about automatic language translators).

Companies like Google, Microsoft and IBM hire a lot of programmers to be sure, but they also hire social scientists to work on research, development, and strategy. Programmers are often surprised to find themselves on teams with a psychologist, an anthropologist, or an ethicist. The reason is that these “soft sciences” are critically important to the success of computing products that will be used by real people in the real world. If you don’t know or care where Mississippi is, then I guarantee that you will not be working on the next Google Maps project no matter how much you like computers. If you don’t understand cultural differences and don’t care about ethics, then I guarantee that you won’t be working on the next cool hospital robot no matter how many robot combat contests you’ve won.

The BOE is supposed to be a leadership organization. They are charged with the “big picture.” This plan to jettison social studies requirements in favor of some kind of vague choice is a terrible abdication of responsibility that will further narrow the scope of our children’s knowledge and possibly cost them their future.

Scott Robertson is a professor in the Department of Information and Computer Sciences at the University of Hawaii at Manoa and a member of Aloha POSSE (Preserve Our Social Studies Education). 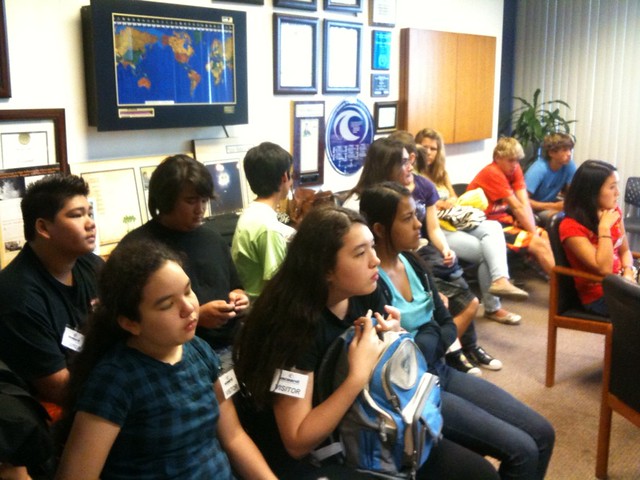 Letter: Social Studies, education in Hawaii is important, isn’t it?