It’s 2:36 p.m. My mind is unusually clear on a Saturday afternoon.

I just spent an hour or so observing Ernesto Pujol’s “Speaking in Silence” performance at the Honolulu Academy of Arts site.

I had two cups of coffee and cream of mushroom soup from the cafe.

Across the from the cafe, the acclaimed New York performance artist took silent steps behind pillars and sculptures in the museum’s Pavillion Courtyard.

Pujol is dressed in red pants and a red shirt. The soles of his feet are black from pacing back and forth since 10:00 a.m.

As other patrons chat and enjoy their lunch at the cafe, it at first begins to feel like I’m watching a caged animal at a zoo. Pacing.

I remember hearing that observers should feel the flow of the meditative public art performance.

So I pay close attention to the sounds. Birds chirping. People chirping.

I pay close attention to Pujol’s surroundings and wonder why he chose this specific area. From my vantage point, he disappears and reappears like a ghost between the sculptures and the pillars.

I start to wonder if there’s some message about art and artists, how they might be perceived as one and the same—weaved seamlessly together.

I also wonder if he’s saying something about people’s purposes not being apparent to others who don’t take the time to see them.

People of all ages at the museum look on, some for a moment, others for a few minutes, and move on. A little boy in a red striped shirt is captivated by Pujol and thinks about getting closer. But he doesn’t.

I wonder if it’s okay to go up and talk to him. I imagine how thirsty or tired he might be.

Two cups of coffee and a bowl of soup later, however, and it’s time for me to go. 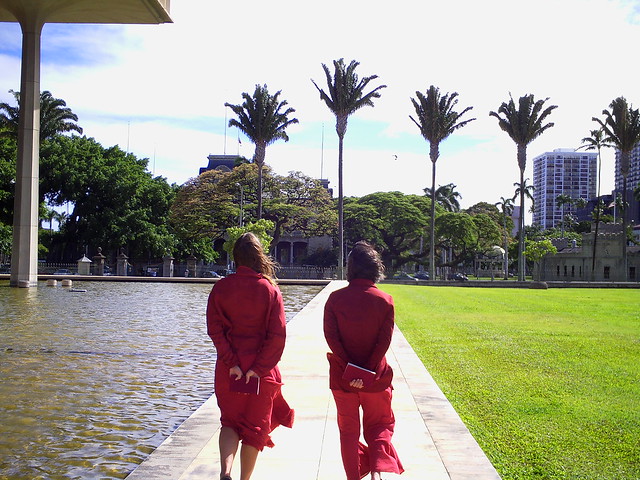 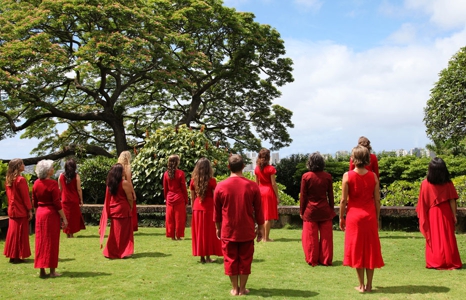